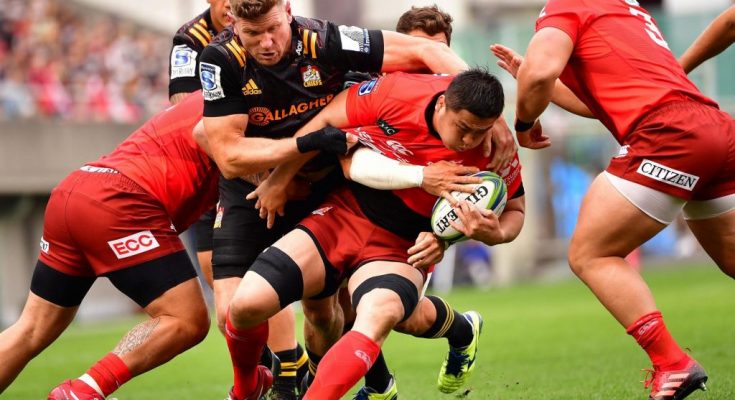 SYDNEY : Time has run out for the Tokyo-based Sunwolves to join a Super Rugby competition that has been revamped because of the coronavirus pandemic.

The regular Super Rugby tournament was suspended in March after seven rounds of matches, leaving teams from five countries in limbo.

New Zealand will kick off a five-team domestic competition on June 13, and Australia’s four Super Rugby teams will join the Perth-based Western Force in a 12-week, five-team tournament Down Under.

Australian organizers tried to get the Sunwolves into their competition, based on the fact the Japanese club was in the Australian conference in the regular Super Rugby tournament.

“There are significant challenges facing the Sunwolves’ participation in this modified competition model which Rugby Australia, SANZAAR and the Sunwolves have been attempting to work through,” Rugby Australia interim chief executive Rob Clarke said. “However, the reality is, given the time frame available the team’s preparation for the competition would be severely compromised.”

The Sunwolves issued a statement saying the implications of the COVID-19 restrictions and the changes to the 2020 season meant the end of the franchise, which was due to leave Super Rugby at the end of the season.

“It’s a great disappointment to conclude the season in this way,” the club’s CEO Yuji Watase said in a statement. “Following the decision … the Super Rugby challenge of the Sunwolves, after five seasons, will be over. Ït has been an honor and privilege for us to be part of the toughest rugby competition in the world.”

All international rugby union has been suspended during the pandemic, including the postponement of test matches that were scheduled to be played in South Africa, Japan, New Zealand and Australia in July.

Australia’s National Rugby League, a variation of rugby that involves starting lineups containing 13 players instead of 15, relaunched last week in stadiums without fans.

Contact training for rugby union players resumed last month in Australia and New Zealand and will be allowed this week in South Africa, under certain conditions.

But the South African government on the weekend maintained a ban on all contact sports competitions, meaning the country’s Super Rugby franchises and its world champion Springboks will remain out of action.