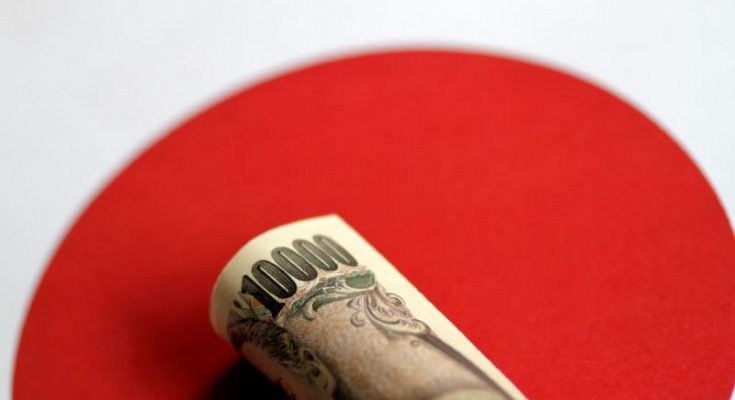 TOKYO : Japan’s corporate profits in the January-March quarter posted the largest fall since 2009, affected by the new coronavirus pandemic that has ripped through the global economy, government data showed Monday.

Pretax profits of domestic companies covered in the ministry’s quarterly survey plunged 32.0 percent to 15.14 trillion yen ($140 billion) from a year earlier, the sharpest drop since a 32.4 percent fall in the July-September period in 2009 in the aftermath of the global financial crisis, according to the Finance Ministry.

Profits were down for the fourth consecutive quarter, the ministry said.

Among manufacturers, the transportation equipment sector including the auto-related industry logged a 50.7 percent plunge in pretax profit, with the pandemic denting global demand.

In the nonmanufacturing sector, profits of the service sector such as restaurants and hotels fell 59.6 percent as people refrained from nonessential outings amid the virus spread. Profits of the wholesale and retail industry dropped 38.0 percent as trading firms suffered from lower energy prices.

A ministry official said the significant decrease in corporate profits reflected “the severe trend of the entire economy” due to the virus pandemic, adding, “We’ll keep monitoring its influence closely.”

Corporate sales in Japan sank 3.5 percent from the previous year to 359.56 trillion yen, falling for the third successive quarter, while those of manufactures grew 2.9 percent, helped by increased demand for industrial machinery.

Although the virus outbreak clouded the prospects for the economy, capital spending by all nonfinancial sectors for purposes such as building factories as well as adding equipment and software rose 4.3 percent to 16.35 trillion yen, following a 3.5 percent drop in the previous period.

Investments by electric utilities in additional safety measures at their nuclear power plants contributed to the increase, the official said. On a quarter-on-quarter basis, seasonally adjusted capital expenditure climbed 6.7 percent for the first time in three quarters.

Yutaro Suzuki, an economist at the Daiwa Institute of Research, said the rise in capital spending reflected large-scale and long-term investment projects aggressively carried out by real estate firms “since before the virus outbreak,” taking advantage of low interest rates.

But Suzuki predicted that the capital spending will worsen in the April-June quarter, citing that most investments are made with respect to each fiscal year, which starts in April in Japan.

“Manufacturers which have been heavily hit by the virus, especially auto-related makers, are likely to postpone their investment plans in fiscal 2020, so their figure may drop more than 10 percent,” he said.

The Cabinet Office is scheduled to release revised gross domestic product data for the January-March quarter on June 8, taking into account the latest capital spending figures.

Preliminary data showed the world’s third-largest economy shrank an annualized real 3.4 percent in the three-month period due to the coronavirus pandemic, a significant contraction for the second consecutive quarter that pushed the country into a technical recession.

“Owing to the rise in capital spending, the latest GDP will be revised up, but when taking into account the considerable fall in private consumption, the situation remains almost unchanged,” Suzuki said. “The annualized GDP’s shrinkage will be revised to the latter half of the 2 percent range.”

Japan’s GDP is widely expected to post a 20 percent contraction in annualized terms in the April-June period from the previous quarter, but to rebound to some extent in July to September.

Since the response rate dropped more than 10 points from the previous quarter, apparently due to the virus pandemic, the official said the ministry will collect data from companies that were unable to reply in time and release the revised figures in late July.