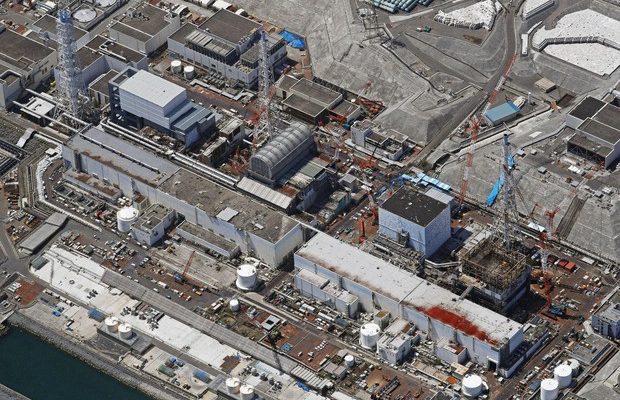 TOKYO : A probe by nuclear regulators into the causes of the March 2011 Fukushima crisis has been hampered by the coronavirus pandemic, with the dispatch of staff from Tokyo postponed for fear of spreading infection among the some 4,000 on-site decommissioning workers.

The Nuclear Regulation Authority had resumed its investigation last October, deeming radiation levels in some areas of the crippled Fukushima Daiichi nuclear plant had lowered sufficiently enough, nearly a decade since the disaster.

NRA officials had repeatedly traveled to the site from Tokyo and succeeded last December in filming scattered debris and a damaged ceiling on the third floor of the No. 3 reactor building, where a hydrogen explosion occurred during the crisis triggered by the quake-tsunami disaster.

In late March, the watchdog set seven priorities in conducting the probe for the time being, including checking the radiation levels on the fourth floor of the No. 3 reactor building, and radiation contamination levels at the No. 2 reactor facility.

The NRA originally intended to send its staff to the plant every one or two weeks in April and May, but the plan came to a halt following the government’s declaration of a state of emergency over the coronavirus on April 7 for Tokyo and six other prefectures, which was expanded nationwide on April 16.

“It would be impermissible should the virus be brought from Tokyo in any case” to the Fukushima complex, NRA Chairman Toyoshi Fuketa said.

The nuclear watchdog was compelled to cancel the planned dispatch of its staff for the probe because any coronavirus infection among the employees at the plant could stop their decommissioning work.

The state of emergency declaration was lifted on Monday for the entire nation, but the NRA fears it may take even more time before staff can enter the site again.

Further delays in the resumption of the probe could affect the NRA’s goal of compiling a report by the end of the year.

“We can’t do it during the summer period,” a senior NRA official said, as it will be impossible to carry out an investigation under the summer heat wearing heavy radiation protection gear.

Read Also – Things to understand Before Starting A Business

The NRA is looking to restart sending the staff from the fall, according to sources close to the matter.