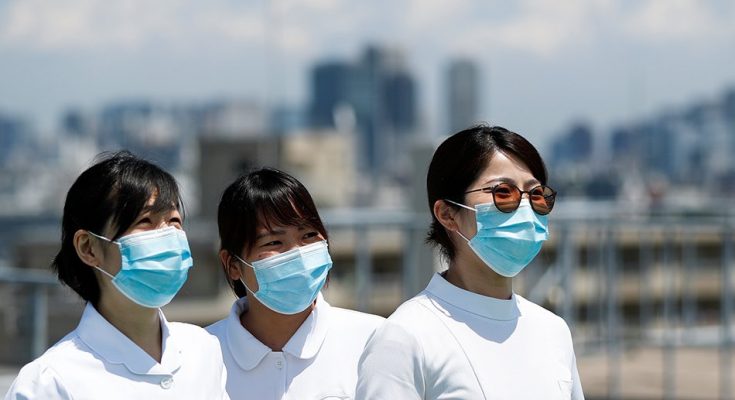 FUKUOKA : The city of Kitakyushu in Japan’s southwest said Friday it has been hit by a second wave of coronavirus infections following a recent surge in the number of new cases.

“I recognize that we are in the middle of the second wave,” Mayor Kenji Kitahashi told a meeting of the city’s response team, in a development that came only a few days after Prime Minister Shinzo Abe lifted the state of emergency over the pandemic this week.

The city in Fukuoka Prefecture had no confirmed cases from April 30 to May 22, but saw a surge of 43 cases in a period of six days through Thursday, 21 of which were reported the same day alone.

In Tokyo, economic revitalization minister Yasutoshi Nishimura told reporters that infection routes for only around half of the 43 cases have been traced so far. He said he will report this to the government’s expert panel and continue to investigate.

Chief Cabinet Secretary Yoshihide Suga said at a press conference that the central government is not considering re-declaring a state of emergency in Fukuoka, where a total of 199 cases had been reported by Thursday.

Kitakyushu has said it suspects cluster infections had occurred at two medical facilities in the city.

The Ministry of Health, Labor and Welfare has already dispatched a response team to the city to look into the situation and take countermeasures.

The prefecture is set to lift its request for business closures on Monday completely. But, the governor said he would like to await analysis by the ministry’s response team before deciding whether to end restrictions as scheduled.