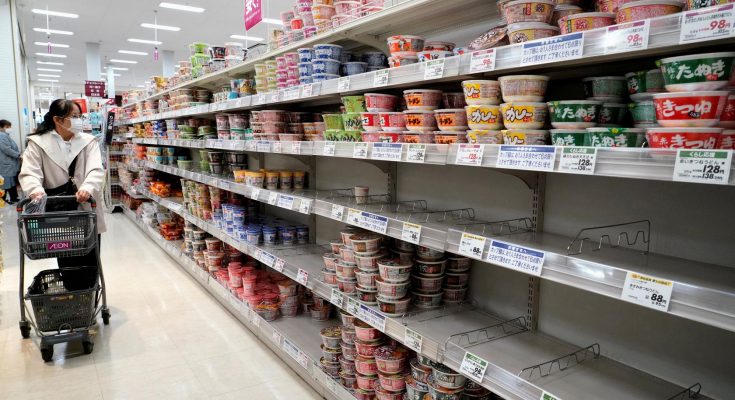 TOKYO : Japan’s April factory output fell at a much faster-than-expected pace and retail sales tumbled the most in more than two decades as a coronavirus-triggered state of emergency dealt a heavy blow to the economy.

Global activity ground to a halt in April as government-imposed lockdowns due to the pandemic disrupted supply chains and led consumers to postpone many purchases, putting a damper on the outlook for the world’s third-largest economy.

Official data on Friday showed factory output slipped 9.1% in April from the previous month, the biggest drop since comparable data became available in 2013 as automakers and iron and steel manufacturers suffered sharp output declines due to weak global demand.

That was a much larger decline than the 5.1% drop in a Reuters forecast.

Separate data showed retail sales tumbled at their fastest pace since March 1998 as the nationwide state of emergency led service-sector businesses such as restaurants to close and encouraged consumers to stay home.

Retail sales plunged 13.7% in April from a year earlier, heavily weighed by slumping demand for general merchandise and clothing as well as motor vehicles.

The gloomy data comes after Japan’s export-reliant economy fell into recession for the first time in 4-1/2 years in the first quarter.

The government this week lifted the state of emergency and approved a second 117 trillion yen ($1.1 trillion) stimulus package, bringing the total pledged to save the economy from the pandemic to $2.2 trillion, or about 40% of gross domestic product (GDP).

Japan was already trying to shake off weak demand before the outbreak after the government raised the nationwide sales tax to repair its public debt burden, which is more than twice the size of GDP.

Other government data on Friday further highlighted the widening hit to the jobs market from the outbreak.

The April jobless rate rose to 2.6%, its highest since December 2017, while the number of non-regular workers posted the biggest year-on-year drop on record.

Read Also – Nissan is thinking about to shut down Spain, Indonesia plants after pandemic hit

The factory output data showed manufacturers surveyed by the government expect output to fall another 4.1% in May, followed by a 3.9% rise in June.