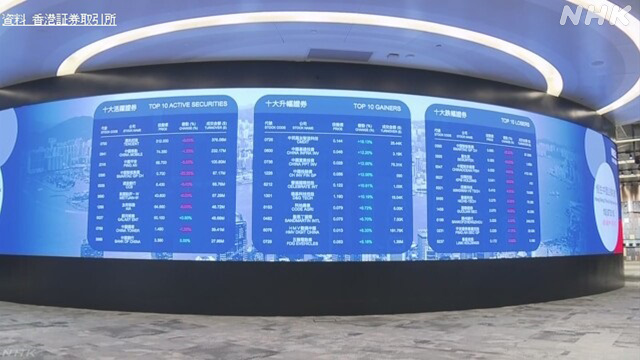 On the 28th, the stock market in Hong Kong declined from the closing price of the representative stock index “Hang Seng Index” from the 27th, due to concerns that the confrontation between China and the United States over Hong Kong would deepen, and the NPC in China = National People’s Representative Compared to the 21st of the month before the start of the tournament, it was a sharp decline of about 4.7%.

The Hang Seng closed 5.6 per cent lower on Friday, marking the index’s worst one-day performance in nearly five years, on investor concerns that Beijing’s show of legal force could reignite mass protests in Hong Kong and further worsen relations between the US and China.

On the other hand, the yuan was weaker against the dollar due to the night trading on the foreign exchange market in Shanghai on the night of the 27th, temporarily falling to 7.17 yuan per dollar, which is the first time in 8 months since September last year. The dollar was at a high level against the yuan.

A market official said, “Over Hong Kong, there was growing concern that the conflict between China and the United States would deepen, affecting the Hong Kong economy. There is also a view that the authorities have tolerated the yuan’s weakness to gain an advantage. “