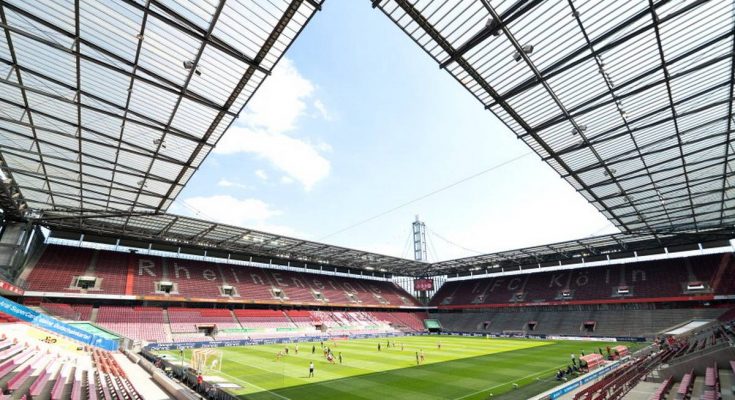 PARIS : Around Europe, soccer is waking up from the coronavirus shutdown, but it is different to before for players and supporters and it is changing behind the scenes too.

While the German Bundesliga returns in stadiums devoid of fans, the sport is preparing for an economic crisis which will impact all levels of the game.

That will be particularly visible in the transfer market, where it has become the norm to see leading clubs splash out 100 million-euro fees.

Damien Comolli has observed events from afar having left his role at Turkish club Fenerbahce in January.

The ex-Liverpool and Tottenham Hotspur sporting director told AFP he foresees fees dropping by “between 30 and 50 percent compared to the usual prices, and a reduction of 70-75 percent in terms of activity.”

In particular, the loss to clubs from matchday revenue as a result of games being played behind closed doors will impact budgets.

When it comes to signing players, those in charge of recruitment at clubs have also simply not been able to do their jobs.

“The biggest part of my job is following up on targets for the next transfer windows,” says Martyn Glover, head of scouting and recruitment at English Premier League side Southampton.

Scouts usually spend much of their time clocking up road and air miles to watch prospective signings in action.

“I would expect to be abroad every week at some point,” says Glover, who previously worked at Everton. “I might fly to Paris to watch PSG and then the next day to Germany to watch somebody else. My week would probably be three or four live games of football.”

Robert McKenzie has a similar a role at Belgian second-tier outfit Leuven, who in 2017 were taken over by King Power, the Thai owners of Leicester City.

Usually he would be on the road watching up to 20 games a month, eyeing up targets.

“The current situation obviously has significant implications for what has historically been the most important part of the process: the assessment of players in live games,” he tells AFP. “I do often think to myself when will be the next time I’m actually sat in a football stadium watching a game? Who knows!”

However, he acknowledges that the shutdown has afforded him the luxury of time to take stock and assess options.

In contrast, Newcastle United made headlines when their head of recruitment, Steve Nickson, was placed on furlough along with the whole scouting department, stopping a crucial section of the club from functioning.

In any case, how can a Premier League club plan for the summer window without knowing if they will still be a top-flight club next season, or if this season will restart, with all the financial consequences?

“There are too many imponderables,” says Glover. “We are not a club who might spend 80 million on a player anyway.

“I am sure there will be some opportunities that present themselves by the nature of what has happened, both at home and abroad, but the hardest part is the finances.”

Glover admits the way his job is done could change forever. Comolli helped introduce data use and analytics into English soccer and believes that approach will become more widespread.

“Maybe more and more clubs will use data and statistics instead of live scouting and maybe clubs will also investigate more the player himself, their families, the way they live. If I had one chance to go and watch a player live or one chance to meet him and his family, I would take the opportunity to go and meet him.”

He believes those clubs who already placed the emphasis on video scouting and data can emerge from the crisis with their teams unscathed.

Even clubs lower down may emerge stronger. That includes Leuven, although they must await the outcome of a play-off in August to see which division they will be in next season.

“I think there may be opportunities that arise for us as a club as a result of the current situation which were previously thought not possible,” insists McKenzie.