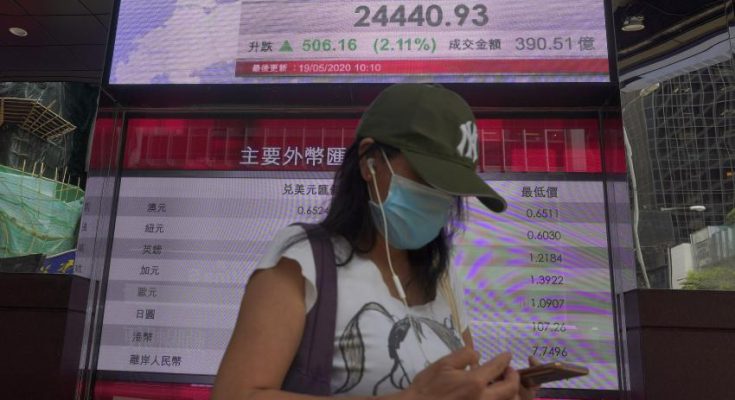 TOKYO : Tokyo stocks rebounded Monday on hopes that Japan’s economy will soon restart as the government is set to lift a state of emergency in the capital declared over the coronavirus pandemic.

Gainers were led by air and land transportation, and real estate issues.

Improving risk appetite among investors also helped the U.S. dollar to remain steady in the upper 107 yen range throughout the day.

After losing ground for the last two trading days, stocks bounced back as Japan was set to end its state of emergency over the novel coronavirus Monday, easing curbs on economic activity in place in Tokyo and four other prefectures ahead of schedule with the spread of infections under control.

The five are the last of the country’s 47 prefectures still under the state of emergency. An advisory panel earlier in the day endorsed the government’s plan.

But he added investors are keeping close tabs on rising tensions between the United States and China over Beijing’s handling of the pandemic, as well as a controversial security bill.

China’s annual National People’s Congress session is discussing the bill that would clamp down on what Beijing considers subversive activity in Hong Kong, where critics of the Communist-led Chinese government could be accused of sedition if the law is enforced.

“Investors fear U.S. countermeasures if the bill is approved and shares could face more selling pressure after Thursday (when the session closes),” Miura said.

On the First Section, advancing issues outnumbered decliners 1,857 to 259, while 54 ended unchanged.

Hopes for the economic restart and recovering demand supported sectors such as steelmakers and marine transportation.