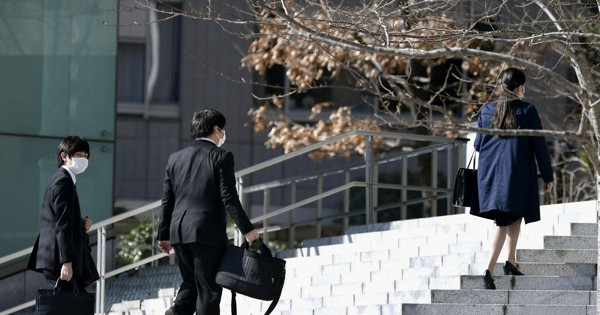 TOKYO : The threat of sexual harassment is an all-too-real concern for Japan’s student job hunters, and it is sometimes university alumni who use promises of patronage to abuse their position of trust.

Young people who are looking to enter the workforce commonly contact people who graduated from their university to gain insight and advice into how they might get a foothold in a company, often meeting in person, in some cases at bars or restaurants.

“A lot of people get married to coworkers at our company. If you don’t find a boyfriend at work, you will be left on the shelf,” was the inappropriate advice one 23-year-old Sophia University graduate was given after seeking out guidance.

And that was just one instance.

She had a similarly uncomfortable experience at an informal meetup hosted by a prospective employer at which she completed an internship.

She looks back at the situations she was forced to endure with distress, the job hunting experience more ordeal than inspiration.

In informal conversations conducted at the time of entrance exams at major finance companies and manufacturers, she found herself faced with wholly unnecessary questions about her relationship status, she recalled.

“I thought if I don’t answer their questions, it would hurt my evaluation and chances to enter the company. I was so desperate to get an offer,” she said, underscoring the sense of powerlessness she felt.

Each time she responded flippantly, trying to play the game. “It would be bad if I don’t get married early,” she would tell the interviewer in an attempt to move the conversation elsewhere. Now, she just recalls only the unpleasantness of the situation.

Even her outfits were not off-limits, with questions thrown her way, even from women, as to why she wore trousers and not a skirt to exams, she said.

When a revised law comes into effect in June, companies in Japan will for the first time be required to implement steps such as providing counseling to victims and general workplace harassment training. They will also be required to investigate harassment complaints, take measures against offenders and consult with local authorities about possible further action.

How the changes apply to job hunters, however, remains unclear with only “similar steps” prescribed by law.

Of a total of 110 major Japanese companies surveyed between January and February, 67.3 percent said that they have already taken measures to prevent harassment toward job-seeking students, a Kyodo News survey showed.

Voice Up Japan, an advocacy group that works to improve gender equality in Japanese workplaces, has received around 110 complaints from young people who have experienced harassment when navigating the recruitment process.

In one case, a female student complained of being groped on her thigh under the table by a representative of a company to which she was applying, the group said.

In another case, a female student who was drinking at a restaurant with an employee of a prospective employer was licked on the hand by the man when she returned from the toilet. The report said that others in attendance did nothing other than laugh after the incident.

Voice Up Japan said there are also cases in which male students have been targeted. In one, a student said he was urged to enter into a sexual relationship in exchange for a job offer.

“There is an atmosphere where laughing it off is considered the mature thing to do and there are a lot of cases in which people around the victims do not offer help,” said Chisato Yamashita, a member of Voice Up Japan and a third-year student at western Tokyo’s International Christian University.

“(The companies) have to change their employees’ mindsets, fundamentally, and it is important to ensure more people can provide support,” she said.