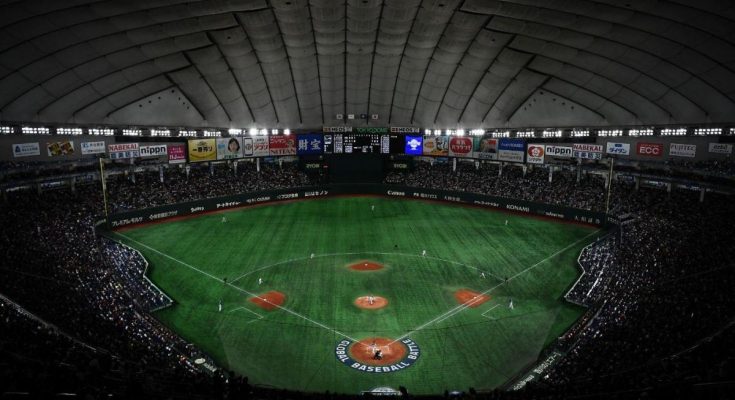 TOKYO : Japan’s Nippon Professional Baseball (NPB) league will begin its 2020 season on June 19, the league announced on Monday, as the government lifts restrictions aimed at stopping the novel coronavirus outbreak.

Games will initially be played without spectators, NPB Commissioner Atsushi Saito announced, without saying when fans may be able to return.

The NPB season was supposed to start on March 20 but has been delayed because of the coronavirus.

New cases in Japan have decreased significantly recently and a state of emergency imposed in April to help stop the virus is gradually being lifted and professional sport is being allowed to resume.

Saito said the season would be begin on June 19, becoming the first professional sports league in Japan to start up.

Two Japanese teams held intra-squad practice games in empty ballparks on Monday as they gear up for a return to action.

The Osaka-based Orix Buffaloes and the SoftBank Hawks, who play further south in Fukuoka, held the scrimmages at their grounds on Monday.

Kyodo News reported that the Buffaloes allowed reporters into the stadium, but with masks and temperature checks.

Under the initial phase of new coronavirus mitigation rules, events with up to 50 people are expected to be allowed. Later, up to 1,000 people will likely to be able to gather.

Mitsuru Murai, chairman of soccer’s J.League, said last week a new fixture list would be released on May 29.

J.League clubs are expected to be given four or five weeks preparation before the resumption of the season, which was suspended in February.