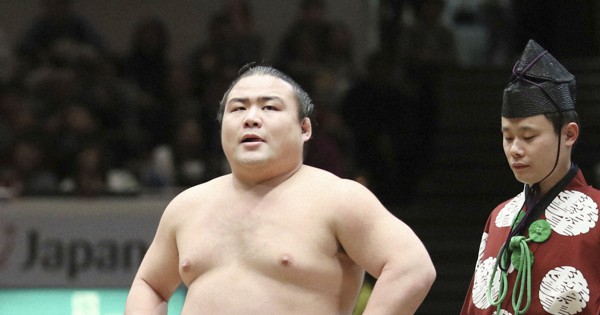 TOKYO : The sumo world is grappling with its latest crisis as a result of the coronavirus outbreak, which has claimed the life of a 28-year-old wrestler and forced the cancellation of the sport’s showpiece May tournament.

Shobushi, who competed in the sport’s fourth-tier sandanme division, was the first rikishi to test positive for the pneumonia-causing virus on April 10.

The wrestler, who had diabetes, was in intensive care for nearly a month before dying of multiple organ failure on May 13.

Around a week before his death, the Japan Sumo Association announced the cancellation of the Summer Grand Sumo Tournament following the government’s extension of its nationwide state of emergency in response to the outbreak.

“With the spread of the disease, just about everything is spoiled,” lamented sumo elder Shibatayama, the JSA’s public relations manager.

The six grand tournaments held each year are the lifeblood of professional sumo. As the sport’s biggest stages, they allow wrestlers to reap the rewards of their arduous training by showcasing their skills and, potentially, climb the rankings.

As former wrestlers, JSA Chairman Hakkaku and other executives of the association know firsthand the value of competition, and had been seeking to hold the year’s third grand tournament as scheduled between May 24 and June 7 at Tokyo’s Ryogoku Kokugikan.

After March’s Spring Grand Sumo Tournament was held in Osaka behind closed doors — a first in the sport’s history — JSA officials said they had introduced countermeasures, including testing, to allow the Summer meet to go ahead.

To avoid the risk of infection, the masuseki boxed enclosures, usually accommodating four people, were to be limited to one spectator each, with second-floor seats to be spaced apart in accordance with social distancing guidelines.

One sumo elder involved said, “Even with a full house, that’s only about 3,000 people. The image of vacant seats really stood out. Revenue would fall, of course, but we wanted at least some people to watch sumo.”

The hopeful mood was dampened, however, after Prime Minister Shinzo Abe declared a state of emergency on April 7 for Tokyo, Osaka and five other prefectures due to a spike in coronavirus infections.

And while the meet might still have gone ahead without spectators, six JSA members were then found to be infected with the virus later in the month, prompting several to admit it was “no longer the time for a grand tournament” and resulting in the third cancellation in sumo history.

Wrestlers have been struggling to train amid severe restrictions, as practicing outside of one’s stable was prohibited to prevent further infection. After Shobushi’s infection was revealed on April 10, the JSA called on its grapplers to practice self-restraint and avoid physical contact or wrestling as much as possible.

Normally, Hakkaku preaches the importance of sumo’s indispensable pushing drills which “give you that extra one or two steps of horsepower.” But with the government urging social distancing, stables were asked to figure out on their own how to keep wrestlers match fit.

Grand champion Hakuho, who commutes to the stable from his home, has been limited to basic exercises like the shiko leg-raising and stomping technique used to build lower body strength. The Mongolian-born great practices at his training room when no one else is around, and turns on the facility’s electric fans to try to ventilate the area.

The Sadogatake stable — the largest, with 37 wrestlers — has divided those in the third-tier makushita division and below into two groups for practice. The 35-member Kise stable allows wrestlers to train at their own discretion, with some opting to do shiko at staggered times in the evening, while keeping their distance.

The communal lifestyle integral to sumo has also been affected by coronavirus. Many grapplers feel at a loss, banned from gathering together to eat the famed chankonabe hotpot which is so synonymous with sumo.

On May 4, when the JSA decided to cancel the summer tournament, it asked wrestlers to “always wear a mask in large rooms, divide food individually, and refrain from having conversations during meals as much as possible.”

A young grappler belonging to a stable of about 20 voiced his frustration at the constraints, saying, “I can’t even go out, stable life is different. I’m stressed to the limit.”

Shockwaves from the cancellation spread outside the ring, dealing a particularly heavy blow to the small shopping centers called sumo-chaya, which handle the sale of tickets, food and beverages.

Kokugikan Service, which manages the 20 sumo-chaya in Tokyo, plans to have talks with the JSA over how the shops can be compensated for their complete loss of revenue.

“It’s a unique situation, so the closures are hurting us the same as the rest of the sumo world,” said one sumo-chaya staff member. “One way or another, I hope the Autumn tournament goes ahead in September.”

The JSA’s finances are taking a big hit as well. The governing body is planning to move July’s Nagoya Grand Tournament to the Ryogoku Kokugikan in Tokyo, and holding the event behind closed doors — indicating the high likelihood of losing ticket revenue for the third straight meet.

“Ticket sales are a pillar of our revenue,” said one JSA executive. “The situation is quite severe.”

According to JSA personnel, the association expects a loss of about 1 billion yen (about $9.25 million) based on the profits of last year’s Spring tournament. The JSA also forfeits some 500 million yen for broadcasting rights from NHK, Japan’s public broadcaster which airs each 15-day grand tournament.

With the May meet off the schedule, the focus is firmly on the health of JSA members, including wrestlers, coaches and stablemasters. The JSA announced Monday it began offering antibody tests throughout the association and expects to complete testing in about a month.

While it is hard to predict when the coronavirus crisis will be fully resolved, the association remains hopeful of holding its premier event in the near future, with or without an audience.

“Holding grand tournaments is an absolute necessity,” Shibatayama said. “Wrestlers and the association are gearing up toward the next tournament.”

The Nagoya Grand Tournament is scheduled to open on July 19 in Tokyo.