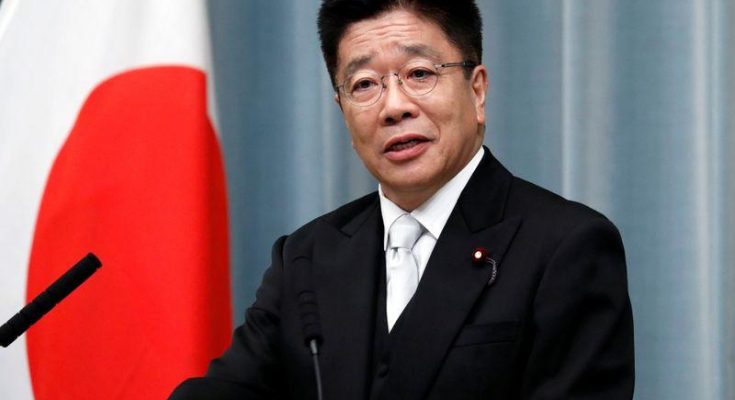 Medical institutions are seeing a lightening in their coronavirus caseload, health minister Katsunobu Kato said Sunday in yet another indication the government is set to lift the state of emergency for the Tokyo metropolitan area and Hokkaido.

“The number of new infections has been falling each day and that is also the case in areas under the state of emergency,” Kato said, referring to the prefectures of Tokyo, Kanagawa, Chiba, Saitama and Hokkaido.

“The tight medical situation has become rather relaxed,” he said on an NHK program.

More than 13,000 people have been discharged from hospitals or completed treatment for COVID-19, the pneumonia-like disease caused by the coronavirus, but more than 2,000 patients remain hospitalized, according to Kato.

“About 15 percent of hospital beds (the government) secured are being used in the country, on average. The rate stands at 20 percent in Tokyo,” the chief of the Health, Labor and Welfare Ministry said.

With the infections seemingly having peaked, Prime Minister Shinzo Abe has called the emergency off in 42 of the 47 prefectures.

The emergency declaration requesting that citizens refrain from nonessential outings and that businesses suspend operations was expanded to cover the entire nation on April 16 and later extended to stay in place until the end of this month.

Despite the lifting of the emergency in the vast majority of the country, infectious-disease experts have been calling on the public to remain alert for a second wave of infections.