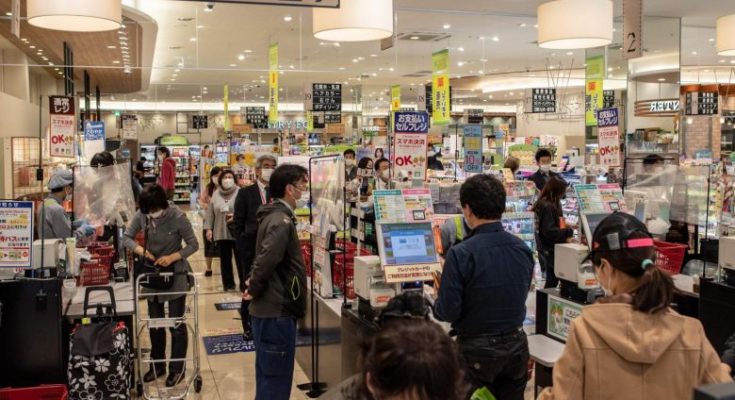 The April data was released just before the central bank announced a new loan scheme on Friday aimed at boosting lending to small and mid-sized firms hit by the pandemic.

The weak prices come after the virus knocked Japan’s economy into recession in the first quarter, as consumer and business activity slumped, derailing the BOJ’s efforts to achieve its elusive 2% inflation target.

That was below the median market forecast of a 0.1% decline, and followed a 0.4% increase in March.

“It’s likely that demand will rebound to some extent when the coronavirus ends, but there’s no mistake that (it) will be pushing down prices over the coming two months,” said Yuichi Kodama, chief economist at Meiji Yasuda Research Institute.

Japan suffered nearly two decades of deflation – or sustained periods of price declines – until 2013, when the economy arose from the doldrums thanks in part to monetary easing rolled out by BOJ Governor Haruhiko Kuroda.

Consumer price deflation is expected to deepen in the months ahead as the worsening economic outlook forces consumers to tighten their purse-strings and gasoline and utility costs to fall in line with weaker oil prices.

The so-called core-core price index, which excludes food and energy prices, grew 0.2% in April, much slower than a 0.6% increase in the previous month.

Analysts said the central bank was unlikely to be pressured into a rate cut by the declining trend of prices, even if modest falls would continue over the coming months.

If the BOJ were to make a move, it would be because of a major yen appreciation rather than prices,” Kodama said. “It is more sensitive to the exchange rate.”

Japan has so far avoided the explosive surge in infections seen in many other countries, with 16,518 confirmed cases including 799 deaths as of Thursday, according to public broadcaster NHK.

While the government kept its state of emergency for the metropolitan area of Tokyo in place on Thursday, it lifted it for three western prefectures in the country, taking a step toward a gradual economic recovery.