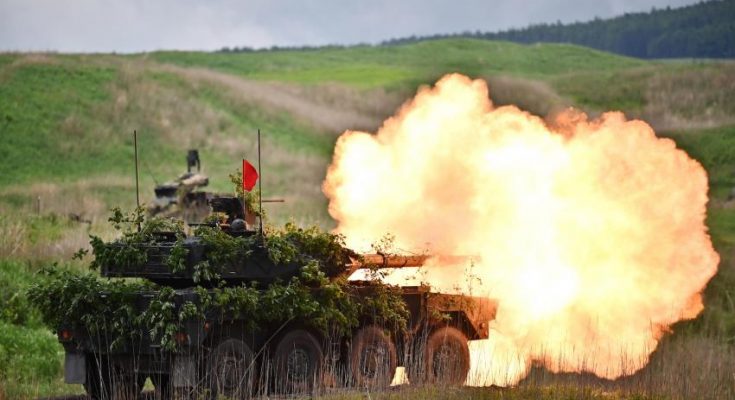 The annual exercise, held since 1961, comes as the government moves to expand the role of the military and boost the defense budget.

It is usually held in August but because the Tokyo Olympics had been scheduled for this year, the event was moved up to May. The drills were scaled back in size with about 1,800 GSDF personnel participating — down from 2,400 last year.

Held against the backdrop of Mt Fuji, a wide array of aircraft, artillery, tanks and helicopters fired on targets. The scenario was to retake an island that had been captured by enemy forces.

The exercises are the biggest event staged by the Ground Self-Defense Forces each year. Members of the public, chosen by lottery, are invited to watch the drills, but because of the coronavirus, no spectators were invited this year.