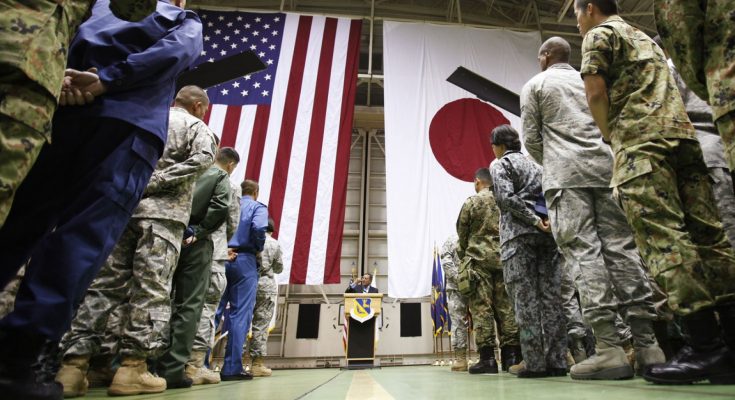 U.S. forces are stationed in Japan to defend Washington’s key Asian ally from attack from North Korea, but also to check China’s growing influence in the wider region, including Southeast Asia and the South Pacific.

As Washington tries to tackle the coronavirus pandemic, some officials worry outbreaks in the military may provide fodder for Beijing to question U.S. strength in the region.

“When you’re dealing with COVID-19 induced domestic chaos, you just can’t pay as much attention to foreign affairs,” said Grant Newsham, a research fellow at the Japan Forum for Strategic Studies and a former U.S. Marine colonel who liaised with Japan’s Self Defense Forces.

In April, the U.S. aircraft carrier Theodore Roosevelt was forced to dock in Guam after a coronavirus outbreak infected several hundred sailors. Carriers such as the Ronald Reagan that is forward deployed in Japan and others that regularly pass through Asian waters are among the most conspicuous symbols of U.S. military might.

Yokota has had to quarantine sailors passing through the base who have tested positive for the virus.

Yokota’s air wing, including C-130 transport planes and helicopters, moves troops and equipment around the Asia Pacific. Like other bases in Japan, which hosts the largest concentration of U.S. military personnel outside the United States, it has declared a public health emergency.

Troops at the base in western Tokyo are under orders to keep a distance from each other and local people and wear face masks. Commanders have also split personnel into shifts to lessen contact.

The coronavirus, like the rain that reduced visibility on Thursday, was another issue for air and ground crews to deal with to keep their aircraft flying, said Mills.