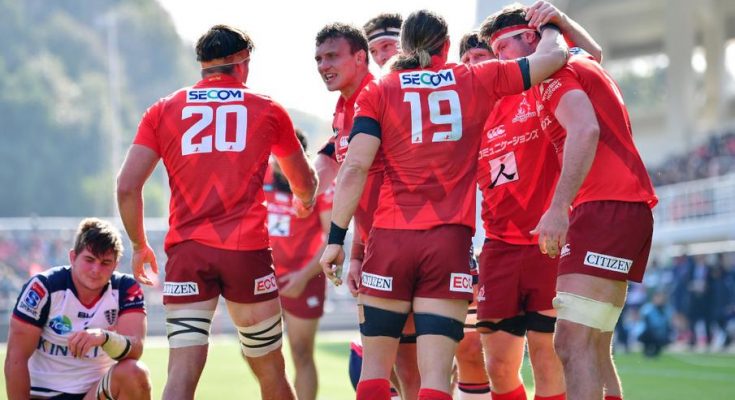 SYDNEY : Japan’s Sunwolves are unlikely to take part in Australia’s stand-in domestic competition with the country’s four Super Rugby teams and Western Force because of logistical problems, the chief executive of the Melbourne Rebels said on Thursday.

With no realistic prospect of Super Rugby resuming any time soon because of the COVID-19 pandemic, Australia have followed New Zealand’s lead by planning a 10-week replacement competition, which they hope will kick off in early July.

The involvement of the Perth-based Force, cut from Super Rugby in 2017, looks set to happen but getting the Sunwolves into Australia and through a two-week quarantine process was working against the Tokyo-based team, Baden Stephenson said.

“Things are progressing really well with the Force but I think the international border restrictions are probably going to make it pretty hard for Japan,” he told reporters in Melbourne on Thursday.

“At one stage they were thinking about using their Australian and New Zealand players and some Japanese players but I think that the more they worked through the process the harder it is looking.”

The Sunwolves, who are due to depart Super Rugby at the end of this season, had said they would be eager to participate in Rugby Australia’s proposed tournament in July as it would allow the side to leave a legacy before their exit.