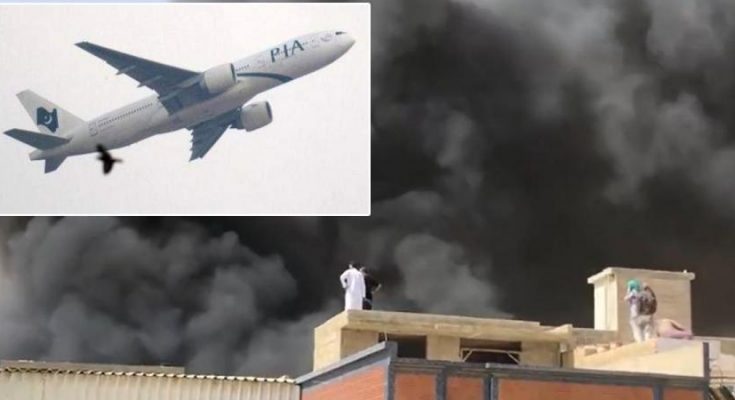 A Pakistan International Airlines (PIA) carrying 90 passengers and eight crew members crashed in a residential area near the Karachi Airport on Friday, Dawn reported. The fate of the people was not immediately known.

PIA spokesperson Abdul Sattar said that Flight 8303 was carrying 90 passengers and eight crew members from Lahore to Karachi. The damage, including casualties, is being ascertained. Pakistan PM Imran Khan expressed shock over the mishap.

Footages shared on social media show smoke billowing from the site of the crash. Ambulances and rescue officials have been pressed into service to help residents.

The majority of residents of the colony are the people, who migrated from India in 1947 during partition. As per the local journalists, most of these people or their ancestors had come from Uttar Pradesh or Bihar. It is a well inhabited and developed colony, they said.

According to reports, several houses have been damaged in the area where the aircraft crashed.