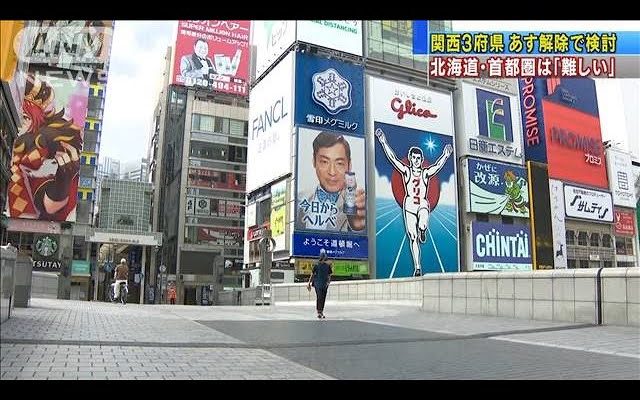 NAGOYA: Up to 3.01 million jobs in Japan could be lost due to the new coronavirus pandemic in the year through next March, an impact more serious than the 2008-2009 global financial crisis, a research institute said Wednesday.

In the worst case scenario in which containment of the global virus is achieved at the end of this year, Japan could see a 4.5 percent fall in the number of workers from the previous year, according to the Chubu Region Institute for Social and Economic Research based in Nagoya, central Japan.

In fiscal 2009, the financial crisis triggered by the collapse of Lehman Brothers Holdings Inc. led about 950,000 people to lose their jobs in Japan, resulting in a 1.5 percent decline in the number of workers, according to the institute.

The institute made the latest projection also based on the assumption that the number of foreign visitors to Japan, which has buoyed consumption in retail, restaurant and tourism sectors, would not recover within fiscal 2020 through next March.

By sector, the institute estimated retailers and wholesalers would see losses of 845,000 jobs, manufacturing 614,000 jobs, accommodation and restaurants 589,000 jobs.

“At the time of the Lehman shock, it was mainly the manufacturing sector that was hard hit…but this time all sectors are affected. A sector that can take in jobs cannot be found,” said Ryoichi Namba, an economist at the institute.

Japan’s unemployment rate rose to a one-year high of 2.5 percent in March, signaling the negative impact of the global pandemic on the workforce, with analysts and government officials expecting the situation to become more severe in the following months.

Job availability also deteriorated to 1.39 in March from 1.45 in February, hitting its lowest level in three and a half years, according to government data released in late April. The ratio means there were 139 job openings for every 100 job seekers.

Social Media Trends to Bloom Your Business in 2021

Software Industry: Then and Now

No one can escape the absolute necessity of technology in our daily lives. Each of us is so heavily dependent on technology that we cannot do anything easily without it.  …