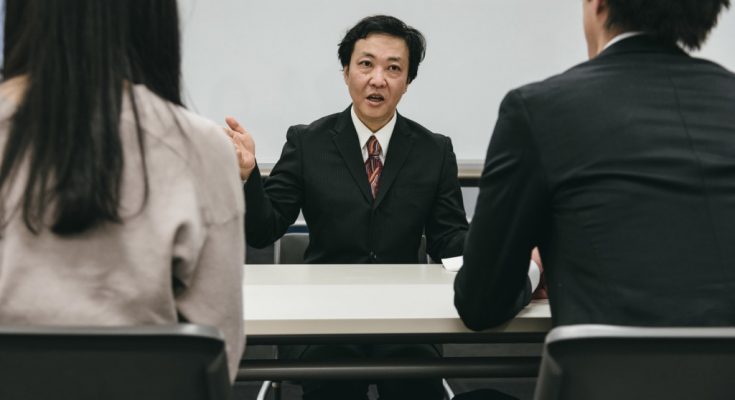 TOKYO : There’s been a lot of talk about the “new normal” in the way society is being shaped by the global pandemic that has occupied 2020 so far. On the bright side, it’s resulted in some neat stuff like free sheet music, and learning how to make face masks about seven different ways.

On the other hand, Japan, like most of the world, is only beginning to slowly trudge into an economic wasteland with no end in sight. While bad news for everyone, this is especially horrible for the thousands of university graduates just entering the work force.

Japan is notorious for its extremely rigid and stressful transition from university to work, but the inclusion of a major recession brought on by a major disaster has only made the process harsher.

However, one graduate of the prestigious Hosei University in Tokyo thought he lucked out upon landing a job with a major IT firm. Speaking with website President Online under the pseudonym “Yota Yoshida,” he explained that not only could he become one of the 300 new recruits at the unnamed company but they even graciously allowed him to fulfill certain obligations late because he decided to do a bit of traveling after graduation.

That might not sound so amazing to those in other countries, but it’s quite an uncommon act of leniency for Japanese companies. Yoshida decided to join this company from among other offers partly because of this gesture and because he felt IT was a stable field to get into.

All new recruits were expected to attend a welcoming ceremony on April 1 of this year, but because of growing coronavirus concerns everyone was instead instructed to attend an online training course from April to July. The instructions included wearing a dress shirt and logging onto the company chat rooms from home every day, which Yoshida did through the month of April.

However, just before the Golden Week holiday was set to begin at the end of the month, Yoshida received a phone call asking him to come in to the office. This would be his first physical visit to the company since he was hired by them.

After getting dressed, Yoshida took the 40-minute train ride through peak state-of-emergency Tokyo and entered the company building. He was greeted by an H&R rep who said they would cut to the chase and notified Yoshida of his termination due to bad manners during online training.

Shocked and confused by the sudden news, Yoshida asked why. The rep explained that during online meetings he could be seen wearing a cardigan over his dress shirt, at times his chin was out of frame, and other times his knee was poking up into the frame. The rep added, “We are an IT company that attaches great importance to manners over technology.”

Yoshida was told that he would be paid for May if he voluntarily resigned at the end of that month, but he could no longer attend training. While the money was nice, it ultimately went towards Yoshida’s debts from tuition and traveling, leaving him with nothing. So, he is currently attempting to crowdfund tuition into a vocational school and the cost of a MacBook Air in order to learn programming and find a new career path.

Many wonder if this is the first case in Japan of someone getting fired for their online video etiquette. However, very few online were quick to condemn the company for doing what it did.

“I think that guy was flagged as a troublemaker the moment he decided to travel after graduation.”

“I’m suspicious about his decision to go immediately to crowdfunding rather than searching for another job.”

“Yoshida doesn’t seem to be very good with money. I can sort of see why they didn’t want him around in this economy.”

“Why not raise the tuition money through a part time job rather than crowdfunding?”

“I felt sorry for him when I read the headline, but after learning more, he doesn’t seem to take society seriously.”

“I wonder about Yoshida, but I’d also be very concerned if my IT company valued manners more than their IT.”

“I’d like to hear the company’s side of this.”

Based on that response, it seems unlikely Yoshida’s crowdfunding campaign will reach its target of 1,000,000 yen. But regardless of whether Yoishida wasn’t taking employment seriously enough or the company was too quick to judge him, his situation in Japanese society is bleak to say the least.

Part of the strict conditions of finding work immediately after university here is that those who cannot are potentially stigmatized and their employment prospects drop significantly. In that way, his plan to re-enroll in a school is probably a wise move, if not a terribly costly one.

It’s certainly a tough road ahead for Yoshida, but hopefully he can learn to keep his chin up, both figuratively and literally.