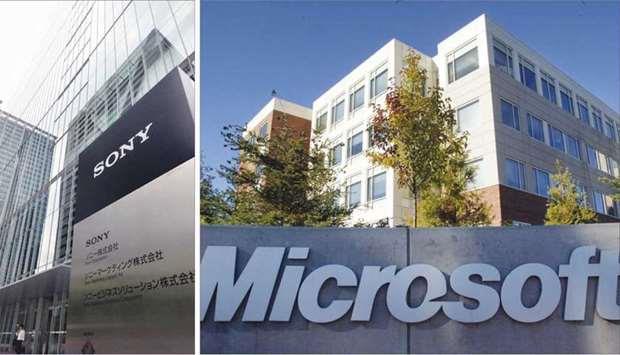 Sony Corp and Microsoft Corp said Tuesday they will cooperate in video analytics using artificial intelligence technology for use in retail stores and factories, the first concrete project under their strategic partnership forged last year.

Microsoft’s Azure AI capabilities will be embedded in image sensors developed by Sony’s subsidiary Sony Semiconductor Solutions Corp to allow customers to extract useful information from images captured by cameras and other devices.

The two firms said advanced video analysis could uncover new revenue opportunities across industries, such as retailers detecting when to refill products on a shelf or finding the optimal number of open checkout counters according to the queue length.

Manufacturers could use the AI-powered video analysis to monitor movements of workers and identify hazards on their manufacturing floors in real time before injuries occur, they said.

Sony, a global leader in image sensors, has been looking to expand their industrial use beyond mainstay smartphone cameras.

“We will deliver a powerful and convenient platform to the smart camera market. Through this platform, we hope to support the creativity of our partners and contribute to overcoming challenges in various industries,” said Terushi Shimizu, president of Sony Semiconductor Solutions, in a statement.

In May last year, Sony and Microsoft said they have formed a strategic partnership covering such areas as cloud-based gaming services and AI. The rare tie-up between two rivals in the game console market is seen as a way to counter Google LLC, which has become a new gaming player with its Stadia game-streaming service.