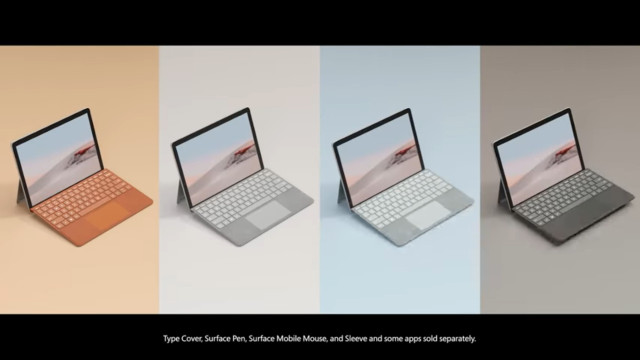 TOKYO : If you’ve lived and worked in Japan–especially as an English teacher in Japanese schools–then you might know that the high-tech image of Japan is still somewhat of an illusion. While Japanese companies are certainly at the forefront of producing modern technology for individual consumption, many offices are still using old technology like fax machines and many schools have terribly outdated classrooms. For example, some schools still don’t have air conditioning in their buildings.

But schools in Tokyo are slowly moving towards modernization, as the Shibuya public school system demonstrates. It’s just been announced that they’re going to introduce Microsoft Surface Go 2 tablets at all of the public elementary and junior high schools in the ward to help students with their studies

The Surface Go 2 was chosen as the ideal tablet for students because it not only meets the standard requirements necessary for the Ministry of Education’s new Global Innovation and Gateway for All (GIGA) School curriculum, but also has the power to operate digital teaching tools. It also allows writing on the screen with the Surface Pen, has high-definition cameras on both sides, and is most suitable for the use of the GIGA School program package.

12,000 of the new tablets–which come with their own full-sized keyboard–will be introduced in Shibuya’s 26 public elementary and junior high schools in September, though these aren’t the first tablets the schools have used. Since 2017 the district has been supplying teachers and students with Microsoft tablets to help with their studies, but they’ve been working hard to be able to provide every student with a tablet. The introduction of the Surface Go 2 is a step towards that goal, as the intention is that every student will get their own Surface Go 2 to use in the classroom and take home.

In addition to the Surface Go 2 tablets, each grade will also have enough Microsoft Classroom Pens to supply one class, and all classrooms will be supplied with Microsoft 365 A5 education suite, which includes Microsoft Office as well as various other programs geared for use in the classroom.

Though for many this is a positive move, as such tools could diversify teaching methods and make managing curricula easier, the move doesn’t come without controversy. Shibuya Ward is a relatively wealthy area of Tokyo, so many netizens wondered if having such technology only in areas that could afford it would cause children to be left behind in others:

“Maybe wealthy areas in the big cities can do this, but for many rural areas this kind of thing would be impossible to incorporate. Kids will have an advantage by growing up in the city. The differences in education will only get worse.”

“I welcome this kind of movement, but it does look like it will increase the gap between economically strong areas and weak ones.”

“From my experience, the number of students who can actually use this kind of technology as intended is only about 20 percent.”

Hopefully over time, and perhaps with assistance from the Japanese Ministry of Education, tablets can be implemented in schools around the country, as all students deserve the same level of education.