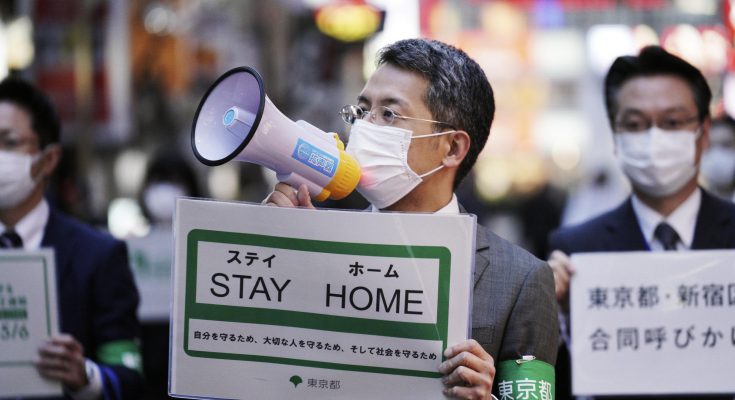 LONDON : A second wave of coronavirus infections is sure to hit Japan even though the country has managed to prevent an explosive spread of COVID-19, according to Kenji Shibuya, a professor at a British institute.

Shibuya, director of the Institute for Population Health at King’s College London, warned during an interview against complacency after Japan managed to prevent an outbreak on the scale seen in many Western countries.

“It will be dangerous to have such an impression when the next wave of infections comes,” he said. “The fight against this virus is truly a long-term battle, and it’s only the end of the first inning, to use a baseball metaphor.”

Shibuya praised the government’s measures to contain clusters of infections during the initial stages of the outbreak. He also said the public’s efforts to stay home and the government’s declaration of a state of emergency immediately after infection numbers began to rise exponentially helped prevent an explosive spread.

“Japanese customs such as using face masks and not shaking hands much may have also worked in a positive way, but the importance of social distancing has become apparent,” he said.

Shibuya stressed that it is critical to establish a medical system that can withstand a spike in the number of patients and to strengthen the monitoring of infection trends by testing more people for the virus.

“Although Japan was able to buy time through cluster measures, its medical and testing systems are insufficient,” he said. “While investing resources in the testing of severely ill patients is itself correct, the biggest issue with this disease is that those with light or no symptoms spread it to others without knowing it.”

He stressed the need to switch to a regime of testing more people, identifying infected patients and isolating them.

Shibuya also called on businesses to cooperate by having employees undergo tests periodically for the virus.

“It will be possible to take tests at home using saliva samples,” he said.

Shibuya said Britain was late in establishing a testing regime despite the rapid spread of the virus in Italy from February to early March, causing a crisis that has led to some 34,000 deaths.

“The government set out a strategy March 12 to have many citizens naturally contract the virus to attain herd immunity, but it underestimated the expected damage at that point and saw the explosive spread of the virus in Italy and other countries as something unrelated,” he said.