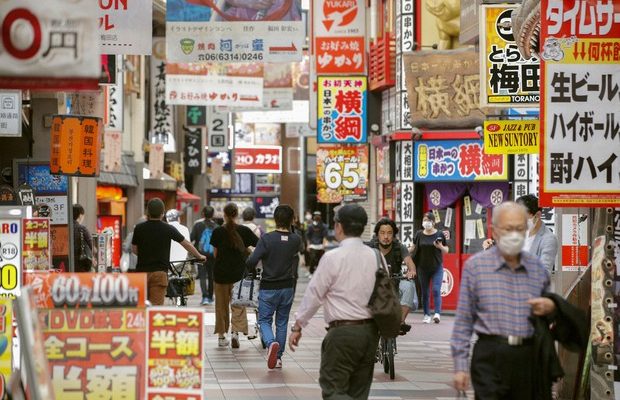 The daily number of new coronavirus cases reported in Tokyo on Sunday dropped to five, the lowest since the capital was placed under a state of emergency on April 7, and the sources of infection could be traced in all these cases, the metropolitan government said.

In another metropolitan area of Osaka Prefecture, no new case of infection was reported Sunday for the first time since March 9, the prefectural government said.

The two major areas have seen a declining trend in new infections recently, though the central government has come under fire for setting rigid testing guidelines and denying many potential COVID-19 patients access to tests.

In Tokyo, which saw as many as 266 new cases on April 9, there have been 5,055 confirmed cases of coronavirus infection to date. On Sunday, seven patients died, bringing the total number of deaths in the capital to 237.

Tokyo Gov. Yuriko Koike said Friday the metropolitan government will start easing its stay-at-home measures if its targets are met, including fewer than 20 new daily infection cases on average in a week and a decline in the proportion of unknown transmission routes to under 50 percent.

As for Osaka, none of 310 people who took a viral test Sunday tested positive.