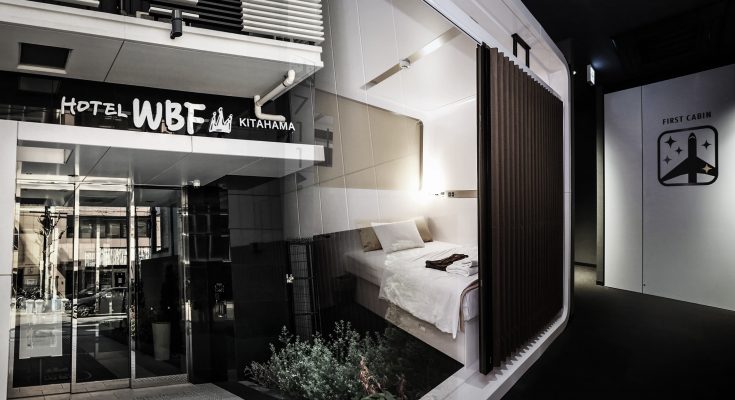 In what would have been a windfall year had the Olympic Games proceeded as planned, Japan’s hotel chains are instead facing an existential threat after the coronavirus pandemic wreaked havoc on the travel industry.

The WBF chain operates 27 hotels in the country and was expanding to meet growing demand. It booked 4.7 billion yen in sales for fiscal 2019. However, the spread of coronavirus, subsequent lockdowns and travel bans have taken a toll on its business.

WBF Hotels is not the only company suffering. Oyabe Service Station, a Toyama-based operator of highway rest stops, became one of the latest to file for bankruptcy on May 8, while capsule hotel operator First Cabin filed for bankruptcy protection on April 24.

First Cabin operates around 25 hotels that are aviation-themed with first-, business- and economy-class rooms. When it filed for bankruptcy, it and four affiliates had booked 1.1 billion yen ($10.2 million) in liabilities.

According to research company Teikoku Databank, 139 companies filed for bankruptcy as of May 12, after facing serious cash flow issues. The numbers had been rising over the last few months. April saw 92 coronavirus-related bankruptcy cases, 26 in March and only two in February.

By industry, hotels were the worst affected with 34 coronavirus-induced bankruptcy cases to date, followed by restaurants with 14 and apparel and household goods at 13. Yoshihiro Sakata, an analyst at Tokyo Shoko Research, said bankruptcies are likely to top 100 by the end of the month.

Since Prime Minister Shinzo Abe declared a state of emergency on April 7, many businesses including retailers and restaurants had taken the decision to temporarily close or reduce opening hours as demand fell away. The government has now extended the state of emergency until the end of May in some areas, including Tokyo and Osaka.