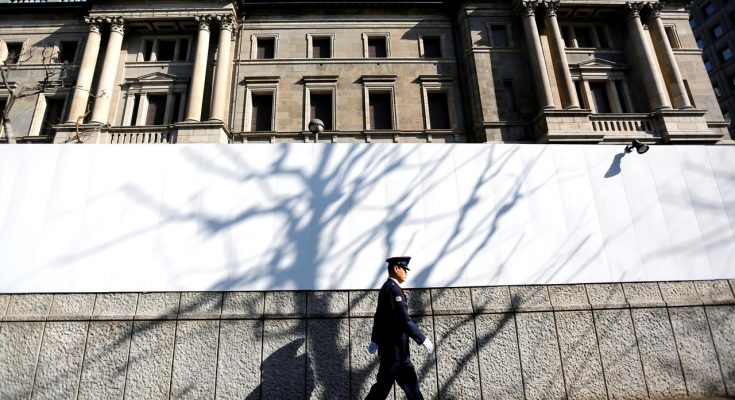 TOKYO: Lending by Japan’s major banks rose in April at the fastest pace since the global financial crisis in 2009, data showed on Wednesday, highlighting a jump in borrowings by firms facing funding strains in the wake of the coronavirus crisis.

Analysts expect lending to rise further as the government has asked commercial banks to offer low-interest loans to tide over the pandemic-driven funding gap at firms.

Separate data showed a surge in the number of financial institutions joining the Bank of Japan’s new cheap loan program, a welcome sign for the central bank’s efforts to pump money to a broader range of firms hit by the health crisis.

“What’s most important for us is to take steps to smoothen corporate financing and stabilize markets,” BOJ Gov Haruhiko Kuroda said in the Diet this week. “We will do whatever we can as a central bank, working closely with the government.”

The world’s third-largest economy is on the cusp of a deep recession, as the pandemic forces households to stay home and businesses to shut down. Japan has so far reported close to 16,000 coronavirus infections and over 650 deaths.

Outstanding loans held by the country’s four main categories of banks, including shinkin or credit unions, stood at 553.486 trillion yen ($5.17 trillion) in April, up 3.0% from the previous year, according to data released by the BOJ.

That was the biggest rise since August 2017 and an acceleration from a 2.0% increase in March, the data showed.

A breakdown showed lending by major banks jumped 3.4% in April from a year earlier after a 2.0% increase in March, marking the fastest growth rate since January 2009.

The surge reflects an increase in the number of big companies borrowing funds as a precaution against the risk of a prolonged slump in sales due to the pandemic, analysts say.

Companies ranging from auto giant Nissan Motor Co and ANA Holdings, Japan’s biggest airline, are seeking additional funding from commercial banks due to the hit from the pandemic.

The BOJ ramped up stimulus for the second straight month in April, focusing on steps to ease corporate funding strains as slumping sales prodded firms to hoard cash.

Among the measures the BOJ took in March was to create a new lending program offering financial institutions one-year loans at zero interest against private-debt collateral.

It further expanded the program in April by accepting a wider range of collateral and offering a 0.1% interest to financial institutions tapping the program – a move aimed at encouraging them to use the scheme and boost lending to firms.

The reward of a 0.1% interest seemed to have paid off. The number of financial institutions that applied to participate in the program more than doubled to 74 with new applicants consisting of many regional banks, BOJ data showed on Tuesday.

“Demand for funds is burgeoning among our borrowers. The outlook is also uncertain, so we wanted to secure a stable source of funding,” said an executive of one regional bank, who declined to be identified due to the sensitivity of the matter.