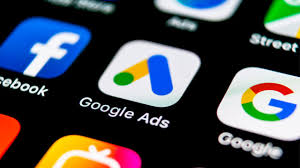 SYDNEY: A leading publisher called Thursday for Google and other tech giants to pay Australian news outlets some U.S.$400 million a year under a mandatory code of conduct ordered by the government.

In an initiative being closely watched across the world, the government is due to unveil in July details of the mandatory payments as part of a code of conduct for the tech giants’ dealings with news media.

The chairman of Nine Entertainment, Australia’s second-biggest media company, argued Thursday that the payment should amount to 10 percent of the tech companies’ advertising revenue in Australia — estimated by the government at some A$6 billion (U.S.$3.9 billion) per year.

Peter Costello said the Australian Competition and Consumer Commission (ACCC) had determined that 10 percent of the tech firms’ revenues derived from advertising on news content.

“So, if you apply those figures, Google and Facebook are taking about $600 million of advertising revenue out… which otherwise could have, or should have, been going to media,” he said in an interview with Nine’s Australian Financial Review newspaper.

“They are essentially using the product which is created by news organizations without paying for it,” he said. “In fact, using it to boost their own revenues and taking the advertising which otherwise would go to support that journalism.”

The government said it was imposing the code of conduct after months of negotiations on a voluntary agreement with Google, Facebook and other companies failed to reach an agreement.

Google and Facebook protested the move and called for continued negotiations. Both companies also insist they have invested millions of dollars in initiatives in helping Australia’s struggling news industry.

Costello dismissed the need for further talks, saying the best way to address the issue is “an industry solution, where you sit down and try to estimate the value that Google and Facebook are getting from the use of this material. We think it’s $600 million a year”.

“These are trillion-dollar corporates, it’s not as if it’s going to undermine their profitability if they had to pay $600 million in revenue for copyright in Australia -– and I hope they would see it that way,” he said.

Google and Facebook have had a huge impact on Australia’s news industry, capturing two-thirds of online advertising spending.

In response to falling revenues, Australian news outlets have slashed 20 percent of jobs in the last six years.

The crisis has only deepened in the economic and advertising downturn caused by the coronavirus pandemic, which has already forced the closure of many smaller news publishers.

If Australia is successful in its efforts to ensure more advertising revenue flows to publishers, it would be the first country to do so.

Australia’s new regulations will also cover the sharing of data, and the ranking and display of news content, to be enforced by binding dispute resolution mechanisms and penalties.

An estimated 17 million Australians use Facebook each month and spend an average of 30 minutes on the platform a day, while 98 percent of Australian mobile searches use Google.