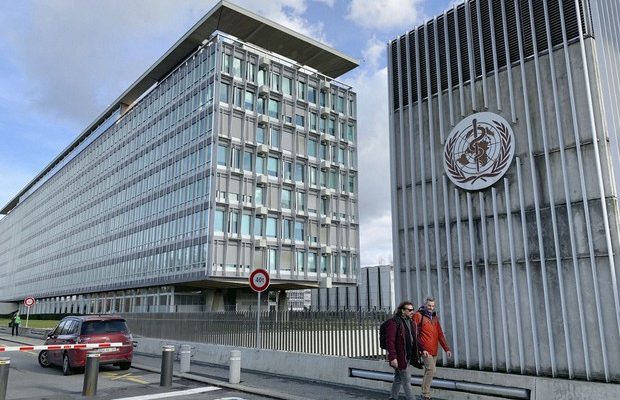 Japan will call for an investigation into the World Health Organization’s initial response to the coronavirus pandemic, Prime Minister Shinzo Abe has said.

“With the European Union, (Japan) will propose that a fair, independent and comprehensive verification be conducted,” Abe said on an internet program Friday.

He said the proposal will be made at the WHO’s general assembly to begin Monday.

Foreign Minister Toshimitsu Motegi also said Friday that Japan is joining a chorus of calls for such an investigation, which should be conducted by an independent body.

“This disease has had a devastating impact on the entire world, and information must be shared between countries in a free, transparent and timely manner, lest we risk it spreading even more quickly,” Motegi said in a parliamentary session, in reference to COVID-19, the respiratory disease caused by the novel coronavirus.

“There’s a lot of discussion in the international community about precisely where the virus came from and the initial response,” he said. “There needs to be a thorough investigation, and it’s crucial that this be carried out by an independent body.”

A senior official with the Foreign Ministry, who spoke on condition of anonymity, said Japan plans to voice the view at an annual meeting of the WHO’s decision-making body to be held next week in a virtual setting.

The WHO has been accused by the United States and some of its allies of turning a blind eye while China withheld information that could have helped limit the spread of the virus after it was first reported in the city of Wuhan.

U.S. President Donald Trump has been one of the strongest critics of the WHO, saying it is “a puppet for China,” and has suspended funding to the Geneva-based U.N. agency.

WHO Director-General Tedros Adhanom Ghebreyesus has rejected such accusations, urging countries not to politicize the virus that has now killed some 300,000 people worldwide.

Australian Prime Minister Scott Morrison has also called for an investigation into the origin of the new coronavirus, standing his ground even as China announced plans to impose tariffs on Australian barley imports in a move many saw as retaliation.

While Japan is falling in line with such calls, Motegi also stressed during the meeting of the Lower House Foreign Affairs Committee that any inquiry should take place after the global pandemic subsides.

He did not specify which independent body he thinks should handle the task, saying at a news conference Friday that was something “for the relevant countries to discuss.”