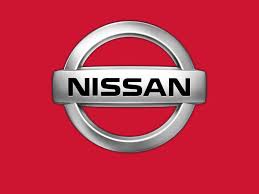 Nissan Motor Co. plans to cut its global production capacity by 20 percent from the current level by fiscal 2022, as the spread of the new coronavirus has led to slumping sales in many parts of the world, sources close to the matter said Thursday.

The automaker is now capable of producing about 7 million vehicles worldwide annually, but Nissan has lagged behind in introducing new models and its fiscal 2019 global sales dropped 13.2 percent from a year earlier to 4.79 million vehicles.

“We plan to cut output levels to match the current sales level,” a Nissan executive said.

With the outlook for the global auto market remaining unclear in the wake of the virus pandemic, Nissan plans to close its factory in Barcelona and scale back its business under the Datsun brand in emerging markets, the sources said.

The scaling back plan symbolizes a departure from Nissan’s aggressive expansive strategy spearheaded by Carlos Ghosn, the long-time boss of the automaker who was arrested and ousted in 2018 for alleged financial misconduct.

The capacity cut, taken up by board members at a meeting Thursday, is set to be announced May 28 as part of the company’s fresh medium-term management plan, the sources said.

Together with the management plan, Nissan will release its earnings results for the 2019 business year through March.

Shares in Nissan have sunk more than 40 percent this year, out-pacing declines by Toyota Motor Corp. and Honda Motor Co.

The targets are part of what Nissan’s new executive team — which took over in December — is calling the Operational Performance Plan, replacing measures announced in July.

Former co-Chief Operating Officer Jun Seki began work on the plan before he left the automaker. A former contender for the top job, Seki quit after losing out to Makoto Uchida, who flagged deeper cost cuts in March. COO Ashwani Gupta took over and is now the architect of the plan.

Some development functions in specific countries, including India, Vietnam and Thailand, are under consideration for streamlining, people familiar with the matter said.

The down-market Datsun brand, aimed at developing economies including India, will be phased out as Nissan focuses on its main markets of the U.S., Japan and China, the person said. As part of the focus on the bigger, wealthier markets, Nissan’s luxury Infiniti brand will be revitalized, according to the person.

Among the three regions, China is a bright spot as its economy is sputtering back to life after shutting down in the early days of the virus outbreak. Nissan’s sales volume in China climbed 1.1 percent to 122,846 vehicles in April, helping it claw back some market share, figures showed this week.

For Europe, Nissan will rely on its alliance with Renault SA, with a focus on selling crossover sport-utility vehicles and electric cars. Mitsubishi Motors Corp., the third member of the global automaking alliance, will focus on the markets in Asia where it has a bigger presence.

The alliance was shaken by the arrest of Ghosn, who was also CEO and chairman of the French automaker. The former auto executive escaped trial in Japan at the end of 2019 and made his way to Lebanon.

Ghosn denies the charges of financial misconduct and breach of trust against him, and has said that Nissan colluded with prosecutors to remove him in order to prevent further integration with Renault, its biggest shareholder.