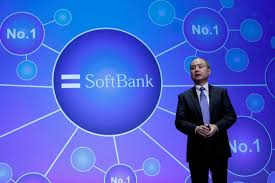 KDDI’s operating profit grew 1.1 percent from the previous year to ¥1.02 trillion thanks to its brisk financial and settlement services, although its smartphone sales were sluggish due to stricter regulations on discounts on mobile phone handsets.

Operating profit at SoftBank was up 11.4 percent at ¥911.7 billion. Its revenue and net profit also hit record highs, rising by 4.4 percent to ¥4,86 trillion and by 2.3 percent to ¥473.1 billion, respectively, on the back of affiliate Z Holdings Corp.’s acquisition of online fashion retailer Zozo Inc. last year.

NTT Docomo saw its revenue drop 3.9 percent to ¥4.65 trillion, the first decline in five years, following the launch in June 2019 of a subscription plan to cut communications fees by up to 40 percent and a drop in smartphone sales due to the tighter handset discount rules.