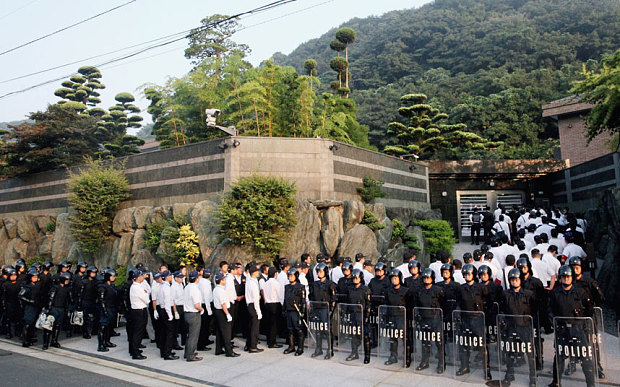 A key strategy to eradicate an organized crime group — typically a tight pyramid organization — is cracking down on the top figures and thereby weakening the group.

Looking back, that was exactly what Fukuoka Prefectural Police was aiming for — arrest senior members of the Kitakyushu-based Kudokai, the only crime syndicate Fukuoka designated as such in 2012 to keep them on a tight leash.

The prefectural police launched an operation in September 2014, leading to the arrests of the group’s leader, Satoru Nomura, now 73, who was later convicted of ordering murder and attempted murder, among other charges, along with other executives.

Nomura is also on trial for tax evasion charges, for which the Fukuoka High Court sentenced him to three years in prison and an ¥80 million fine. He has since appealed to the Supreme Court.

But before it all went to trial, the prefectural police had built an intricate investigation plan using every legal option ahead of the operation on Sept. 11, 2014, meticulously gathering information and engaging in information warfare to get ahead of the game.