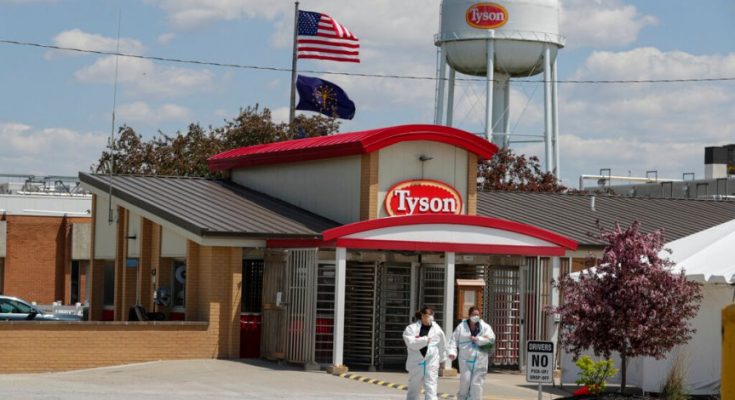 OMAHA, Neb: U.S. meat exports are surging even as the industry is struggling to meet domestic demand because of coronavirus outbreaks at processing plants that have sickened hundreds of workers and caused companies to scramble to improve conditions.

Although the situation could cause concern that American workers are risking their health to meet foreign demand, experts say it shouldn’t because much of the meat sold to other countries is cuts that Americans generally don’t eat.

“I really feel like the industry is well positioned to serve all of its customers both here and abroad,” said Joe Schuele, a spokesman for the industry trade group U.S. Meat Export Federation.

Meat exports, particularly pork exports to China, grew significantly throughout the first three months of the year. This was partly due to several new trade agreements that were completed before the coronavirus outbreak led to the temporary closure of dozens of U.S. meatpacking plants and to increased absenteeism at many plants that reduced their output.

The Meat Export Federation said pork exports jumped 40% and beef exports grew 9% during the first three months of the year.

Chicken exports, meanwhile, grew by 8% in the first quarter. Complete figures weren’t yet available for April, but Agriculture Department figures for the last week of April show that pork exports jumped by 40% as shipments to China and Japan surged and exports to Mexico and Canada remained strong.

Part of the reason why exports have continued to be so strong this spring is that much of the meat sold overseas was bought up to six months ahead of time — before the virus outbreak in the U.S.

“A lot of these sales were made before COVID-19 hit. China had already made these purchases and then COVID-19 hit. They had actually pre-purchased a lot of this before the plant problems hit,” said Chad Hart, an agricultural economist at Iowa State University.

The industry has been dealing with a number of production challenges caused by the coronavirus, and several large plants had to close temporarily because of outbreaks. At least 30 U.S. meatpacking workers have died of COVID-19 and another 10,000 have been infected or exposed to the virus, according to the United Food and Commercial Workers union, which represents roughly 80% of the country’s beef and pork workers and 33% of its poultry workers.

Kansas State agricultural economist Glynn Tonsor said he thinks the industry will get past the shortage concerns within the next several weeks.

“I think it’s important that we note that the U.S. hog industry is large enough to sufficiently supply our domestic market and export. We’ve done that for some time. We’ve been growing volumes in both places for some time,” Tonsor said.