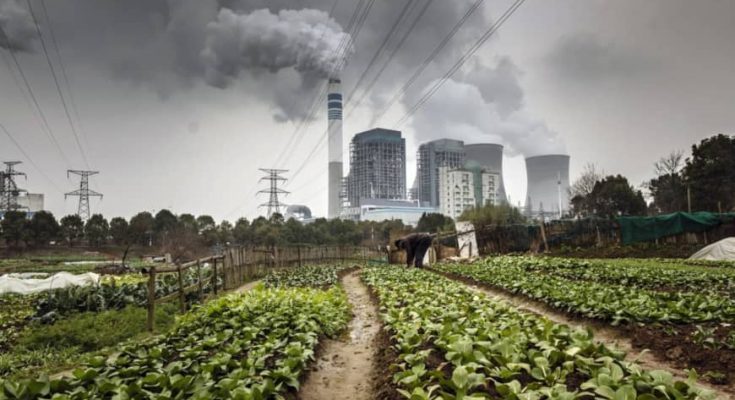 Fossil fuel demand will plummet this year as lockdowns sap electricity use, the International Energy Agency said in an April report.

The European Union, International Monetary Fund and the United Nations have said that marks a once-in-a-generation opportunity to launch a “green recovery,” which includes Asia joining the global trend of ending support for coal power.

But there are already signs that China and other Asian giants such as South Korea and Japan will steer recovery funds into struggling coal-focused state financers, equipment suppliers and construction firms. That could create a short-term jolt at the cost of efficiency and environmental damage, analysts say.

“China and other governments may be tempted to invest in coal power to help their economies recover after the coronavirus pandemic,” said Matt Gray, co-head of power and utilities at Carbon Tracker, a climate think tank. “This risks locking in high-cost coal power that will undermine global climate targets.”

China, which produces and consumes about half of the world’s coal, has in recent weeks said it would allow more provinces to start building coal power plants starting in 2023. It also accelerated the construction of five plants and committed billions of dollars to cross-country electricity transmission lines.

China’s coal imports in April surged 22 percent from a year earlier, as traders jumped on low prices to build stockpiles and prepare for a recovery in domestic demand.

Japan and South Korea are expected to continue to fund coal plants in developing countries like Vietnam and Indonesia to support state-backed industries hurt as domestic coal operations wind down to meet carbon-emission commitments, analysts said.

Many planned coal-fired plants are not economically viable and will burden governments with stranded assets and billions of dollars of debt, analysts said.

The global long-term outlook for coal power is gloomy. Governments, banks and energy companies — under public and investor pressure – are dropping the fossil fuel, which is seen as the greatest risk to the 2015 Paris agreement to cap global warming at 1.5 degrees Celsius.

That goal already looks out of reach, environmental experts say, partly because of new coal plants being built in Asia, the biggest energy-consuming region and largest growth market.

About 500 gigawatts of coal power capacity is planned or under construction around the world, with an investment cost of $638 billion, according to Global Energy Monitor, a nongovernmental organization supporting fossil fuel phase-out. More than 80 percent of that is in Asia.

Even a handful of new plants will boost CO2 emissions and drive demand for coal mining in countries like Australia and Indonesia.

The banks did not give specific details on each planned project, including the $2 billion Vung Ang 2 coal-fired power station in Vietnam, which activists have warned will be disastrous for local communities and the environment.

A month earlier, South Korea’s Doosan Heavy Industries and Construction Co Ltd, a leading constructor of coal-fired power plants, had made a quieter announcement that two state policy banks would provide it with a $2 billion bailout.

Doosan Heavy is slated to provide equipment for coal plants in South and Southeast Asia, where emissions standards are lower than in South Korea, including the $3.5 billion Jawa 9 and 10 coal plants in Indonesia.

The Vung Ang 2 and Jawa 9 and 10 projects will proceed despite a bleak global investment climate and concerns of electricity overcapacity, two sources close to the projects said.

“Coal is potentially less affected than other energy sources in Southeast Asia as economic and social stability may be prioritized in uncertain times like this,” said Shirley Zhang, principal Asia-Pacific coal analyst at Wood Mackenzie, an energy consultancy.

Meanwhile, there is bad news in the short term for renewable energy, even as analysts predict a transition to cleaner fuel across the world.

Wood Mackenzie estimates 150 gigawatts of wind and solar projects across the Asia Pacific could be delayed or canceled over the next five years as the downturn increases financing costs and draws focus toward more pressing economic priorities.