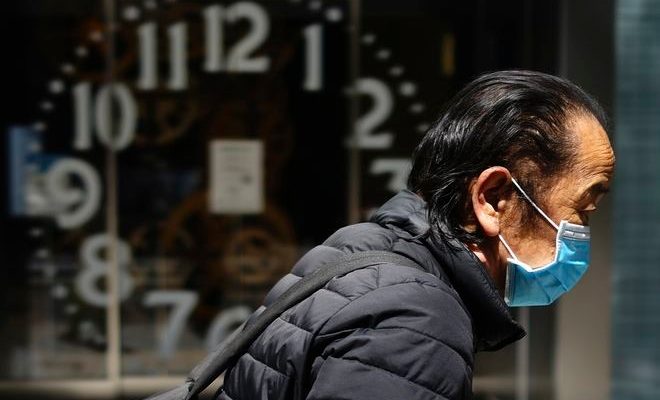 TOKYO: At the Tokyo elder-care home where 27-year-old Yoshimu works, the coronavirus has stretched already tight staffing, leaving residents to sometimes sit longer in soiled diapers or to steal food from one another.

“Everything’s slower. If feeding them takes longer, then things like toileting are delayed,” said Yoshimu, who declined to give her last name because of the sensitivity of the issue.”We really try not to make them wait but sometimes their diapers can leak.”

With the coronavirus depleting numbers of overworked staff in elderly care homes, concern for some of the most vulnerable is deepening in a country with one of the world’s largest elderly populations.

About 28% of Japanese are over 65 and the country has long struggled to staff elder homes. The coronavirus means more care workers are self-quarantining or staying home to take care of their own children, and has kept foreign workers out of Japan.

Nearly a dozen home managers, elder care providers and carers told Reuters cutbacks in services and staff made them busier in every way. Yoshimu said she can clock 10 hours of weekly overtime, and more than once found residents stealing each others’ food.

“The caregiver industry is barely hanging on as it is, and with even only one person off, then it just won’t be possible to care for everybody,” said Jun Sasaki, a doctor and the head of Yushokai Medical Corporation, a care provider company. “The elderly are very delicate, and any kind of change in their environment can affect them.”

In January, the number of care jobs per applicant was 3.95. The law mandates 1 carer to 3 residents – though the Health Ministry said in February that since shortfalls due to the virus could be expected, facilities could temporarily “respond flexibly.”

About 60 of Japan’s 624 coronavirus-related deaths as of May 10 were in care homes, public broadcaster NHK said.

About 6.7 million Japanese need care and roughly 1 million of them are in homes, according to government data. That compares with 1.2 million in the United States, which has more than twice the population. The United States is also younger, with only 16% over 65.

Many homes have suspended group games and exercises because of the outbreak, and most have banned family since early March. That can take both a mental and physical toll on residents.

One man wandered his care home, searching for his family, Sasaki said. Another woman became convinced her daughter had died and began preparing for her funeral, Yoshimu recalled.

Workers must self-quarantine for two weeks if they or family members have a fever, and wear masks while working, which can frighten some residents. Japan does little testing relative to other developed countries, and there is no plan to test all care workers, the Health Ministry said.

“If we get to June, July, August with this, staff numbers will keep going down and we won’t be able to deliver services,” Yasuhiro Yuki, a professor in social welfare studies at Shukutoku University. “There could be a whole breakdown of elder care.”

With 2.5 million caregivers of required by 2025, up from 2.2 million in 2020, foreigners are an increasingly important resource. About 10,000 currently work in elder care in Japan.

A Filipina caregiver in Osaka, declining to give her name, said she runs a group for people interested in coming to Japan with about 3,000 members and returns home to recruit.

“We were supposed to have new people coming from April, but of course they can’t leave,” said the 34-year-old, who says there are 13 foreign staff among roughly 80 where she works.”It’s really tough.”

Sei-ichi Kaneko hasn’t seen his father, Kentaro, 96, since the start of March.

“Three or four days a week he’s basically alone in his room,” Kaneko said. “We’re concerned about his mental health.”

“Being able to talk with family is the best for giving them energy, so I am trying to do that,” said Fusako Shimizu, whose parents – Fueo and Hisako, both 82 – are in assisted living near Tokyo. “It’s very lonely not being able to meet.”

Hisako said she was trying to walk each day in the halls to maintain strength.

“I’d like life to be normal again, but I think it may take a long time,” she said. “Somehow it makes me feel depressed.”