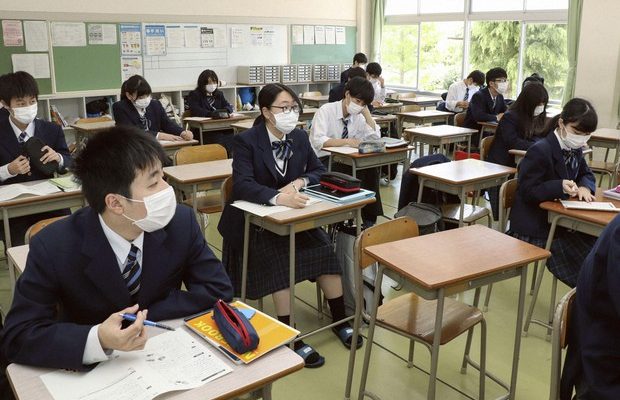 Businesses across Japan are slowly reopening even before the government makes its final decision on lifting a nationwide state of emergency.

More than half the country’s prefectures are likely to ease restrictions put in place last month.

Department stores are getting back to business, but not back to normal. Some areas remain closed and customers are asked to maintain physical distance from one another.

Some schools are also reopening. An elementary school in Niigata Prefecture has shortened its schooldays, and students must wear face masks.

Other parts of the country are unlikely to see measures lifted this week. That includes Tokyo.

But that hasn’t stopped commuters from heading back to work, following the end of spring holidays.

Shinjuku Station, one of the world’s busiest commuter hubs, had been quiet in recent days, but saw a bump in activity Monday even as shops and restaurants remained closed.

The government is still deciding when and how to lift its state of emergency. Officials are set to discuss plans on Thursday with a panel of experts. Prefectures will likely have to show a sustained decline in the number of new cases before they can ease restrictions.