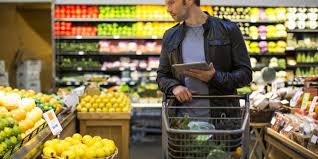 A Japanese mayor has sparked a backlash for saying men should buy food during the coronavirus crisis as they are more efficient than women at food shopping.

The mayor of the city of Osaka has been accused of sexism on Twitter for saying men should go out to supermarkets as women are indecisive and “take a long time”.

“When a woman goes … it will take time,” Ichiro Matsui said in response to a male journalist asking about potentially curbing people’s admission to supermarkets to make shoppers less vulnerable to contracting Covid-19.

“If it was you, if you were told to get this or that, then you would go directly … and go home,” Mr Matsui added. “It’s also fine for men to go shopping while avoiding contact.”

His remarks were fiercely criticised with popular Japanese journalist Shoko Egawa saying “people who know nothing about daily life shouldn’t make comments” in a tweet which has been shared over 3,000 times.