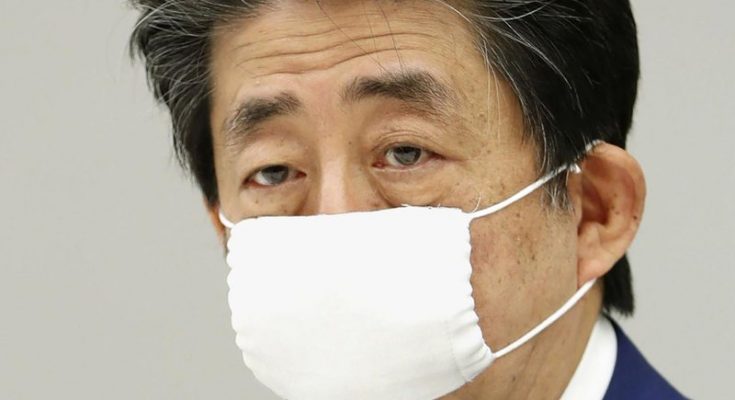 The government has called on residents to maintain a “new lifestyle” — even after restrictive measures over the new coronavirus have been relaxed — following Prime Minister Shinzo Abe’s extension of the nationwide state of emergency to the end of May.

While Abe and other top politicians have on multiple occasions stressed the long-term implications of the coronavirus pandemic, this is the first time the government has offered specific examples of how that might shape the lives of individuals in the coming weeks, months and possibly years.

The threat of a second wave of infections will persist for months, with the disease likely lingering long after society reopens. In order to more permanently subdue the novel coronavirus, the panel said residents need to modify the way they go shopping, work, use public transportation, eat meals, host weddings and other celebrations, and play recreational sports.

Moving forward, however, the government is now advising people in Japan to refrain from speaking on public transportation, to avoid sitting side-by-side while eating meals and to exercise at home, among other measures.

While these are not groundbreaking, the government suggesting the necessity of a shift to a “new lifestyle” signals a change in tone.

Still, all requests and measures put forth by the central and municipal governments remain strictly voluntary, with no legal punishment for individuals or businesses that flout them.

Questions also remain as to whether the government will provide additional financial support to struggling households, as well as businesses that have heeded requests to temporarily close or reduce operations.

Abe announced Monday that the declaration of a state of emergency — first declared in seven prefectures on April 7 and later expanded to the rest of the country — would be kept in place until May 31.

“We aim to resolve the state of emergency in the coming month, and we view it as a preparatory period toward the next stage of this outbreak,” he said. “This is going to be a long battle. But if we continue current measures that severely restrict the economy and society, we will not be able to make ends meet. We need to build a new normal as soon as possible.”

Strict measures to prevent nonessential travel and business will be maintained in the 13 prefectures originally designated last month by the government as having a particularly high number of coronavirus cases.

However, public parks, museums and other public facilities may be allowed to reopen in those designated prefectures so long as strict social distancing rules remain in place.

Countermeasures may be relaxed in the other 34 prefectures leading up to May 31. The government is strongly urging residents in those areas to continue isolating themselves in the days before and after the emergency declaration is lifted in their area.

The government’s goal was to reduce human contact by 80 percent in a bid to contain the virus. While pedestrian traffic saw huge drops throughout the country — especially in Tokyo — the results still fell short of that target.

Abe said the government will reassess the situation after a meeting with members of its expert panel around May 14.

Shigeru Omi, a member of the expert panel who spoke alongside Abe during the prime minister’s news conference Monday night, said one focus for the country should be bolstering its testing quota.

“At first, Japan conducted a limited number of tests because the country was focused on preventing severe cases and overburdening the health care system,” Omi said, pointing out that the coronavirus mortality rate in Japan remains less than a tenth of what’s being reported in several hard-hit European countries.

“While the government’s efforts have led to more testing, that change isn’t happening as quickly as intended,” he said. “In order to provide test kits for those who need it, we need to continue increasing the country’s testing capacity.”

Japan has been roundly criticized for its approach to conducting polymerase chain reaction (PCR) tests on suspected coronavirus patients. Since the contagion reached its shores in early January, the country has been focused on individuals already suspected of infection.

The government was adamant that targeted testing would prevent hospitals from being overburdened and stop the collapse of the country’s health care system.

In recent weeks, numerous reports have described hospitals turning away sick individuals or denying them tests, most likely to avoid in-hospital infections or due to a lack of beds for COVID-19 patients.

While testing has been gradually increasing over the past month, it still lags far behind many other countries. Experts say the abundance of asymptomatic and pre-symptomatic infections means comprehensive, proactive testing is the only way to gauge the true extent of the coronavirus outbreak.

Without it, they say researchers won’t have enough data to draw conclusions about this new disease, and residents can’t be expected to respond appropriately