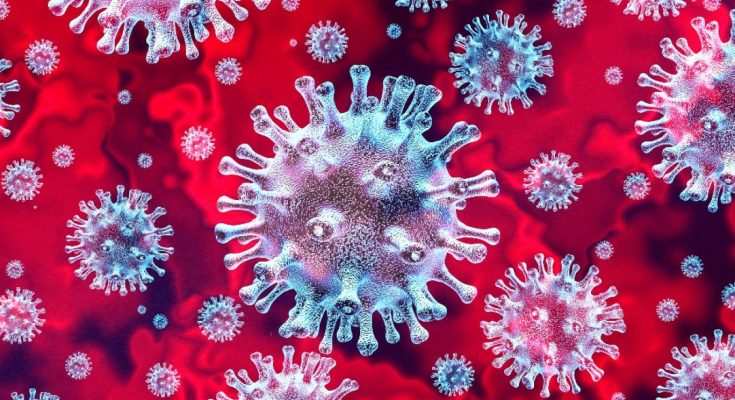 TOKYO – Giving to charity doesn’t come naturally for many Japanese people.Does growing up without bake sales, book bonanzas, fundraising car washes and white elephant sales make them less empathetic and kind? Shinobu Sakagami, one of the highest-paid TV talents in the country, doesn’t think so.

During these trying coronavirus-dominated times, Sakagami is going public with his own giving in the hope it will nudge others toward charity and help the country open the taps to what he believes is a hidden reservoir of generosity.

Sakagami had to set aside concerns about appearing immodest, something looked down upon in Japan, when deciding to announce to the world on his blog his plans to donate his entire salary to charity for as long as Japan’s state of emergency lasts.

“I’d never believed in publicizing my charitable deeds. And I’m not doing it to get praise or attention,” he said in a telephone interview with Kyodo News.

“Watching the government’s fumbled response to the coronavirus epidemic, I ran out of patience. I think I waited too long. I should’ve plucked up the courage to do what not enough Japanese people do sooner,” he said.

Sakagami said bitter lessons from the past had pushed him to finally put his star power to good use, remembering the regret he felt at not being a good Samaritan during and after the tsunami and nuclear disaster in March 2011 — a feeling he suspects many others share.

Thanks to age and experience which he says have made him wiser, the 52-year-old knew better than to stand on the sidelines this time and assume someone else would help. He jumped, and hopes others will follow.

“Being a public figure means you make the news, whether it’s good or bad. I can be a role model if I do something good, and people can learn from my mistakes if I behave badly. I wanted to inspire people to give. My message is this: Don’t be a bystander. This is about you too.”

According to the Japan Fundraising Association, the average annual amount per donor in Japan was 27,013 yen in 2016, with the median amount being 4,000 yen.

In the latest World Giving Index released by the Charities Aid Foundation for the 2013-2017 period, Japan ranked 99th out of 144 countries and regions in the “donating money to charity” category and 142nd in the “helping a stranger” category.

But swiping your credit card or pulling cash out of your wallet isn’t the only way to make a charitable donation.

Even if you can’t donate huge chunks of money to nonprofits as celebrities do, the spare change you drop into the charity box at a convenience store counter goes a long way, Sakagami says. Also, his volunteer-worker girlfriend has taught him that kindness comes in many forms.

Sakagami handpicked 20 organizations to donate to before the initial May 6 deadline and is ready to share more of his hard-earned dough now that the nationwide state of emergency has been extended until the end of the month.

Shusaku Sasaki, an associate professor at Tohoku Gakuin University who specializes in behavioral economics, thinks that one of the reasons Japanese are less active in giving than people in other developed countries is the high bar they set for the motive — it has to be purely altruistic.

But, Sasaki says, in many cultures giving in itself is enough and even if donors are not selfless, people are accepting of other motives.

“In general, when people give, their behavior motivates others to do the same. When celebrities contribute to charities or take moral stands, they can have a very positive spillover effect. For those who don’t know how or where to donate, the information others give is very useful,” he says.

“Many Japanese are beginners when it comes to charitable giving. For a giving culture to take root here, three things need to change: first, we must openly announce charitable contributions; second, society must support public giving; and third, society must accept the existence of outside factors to giving, such as social influences.”

Society needs to have an open mind about what’s behind the urge to donate, Sasaki says, if we are trying to learn how to encourage a charitable-giving culture.

It’s difficult to know how best to help those affected by COVID-19, but Sakagami says people like Japanese rock star and philanthropist Yoshiki have been leading by example.

In an email interview with Kyodo News, Yoshiki, who recently donated 10 million yen to Japan’s National Center for Global Health and Medicine, says whether or not you go public with your donations is a matter of strategy and personal style.

“But if you have a certain influence with people, I think it’s better for you to announce it. By doing so, you can provide awareness of the situation, as well as inform people about charitable organizations supporting the cause,” Yoshiki wrote from Los Angeles.

“And people may get inspired by your actions as well. In my case, my fans or friends often follow my activities. In the end, the people who need support can get much more than what you donated, and that can save more people’s lives. Information about inspirational charitable work is always good to spread to the public.”

Yoshiki, who has lived in the U.S. for almost 30 years, says donating to charities is part of the American life, and though he embraces the cultural traditions of Japan, he hopes more people will explore the possibility of introducing a new culture of giving.

If he were a resident of Japan and entitled to the government’s 100,000 yen per person stimulus, Yoshiki says he would take it and pay it forward. All his donations are made through his own nonprofit organization Yoshiki Foundation America, founded in 2010.

“Money needs to keep flowing to sustain the economy. So there would be no reason to decline that money. If I were living in Japan, I would most likely take and donate it. The goal is to do as much good as we can for others.”

Yoshiki started his charitable endeavor after he lost his father to suicide at a young age, saying he wanted to support children who have had traumatic experiences like he did. For Yoshiki, pain was the driver that fueled philanthropic action.

Not knowing where to start is no excuse, says Sakagami, a soon-to-be animal shelter owner who lives with his 14 dogs and three cats. He admits he had little knowledge about donations and how to make sure every yen reaches the right destination.

Doing his research and talking to experts like his tax accountant and attorney is how he learned about the benefits of charity, kindness and service to others, aside from the fact that giving is its own unique joy.

A familiar TV presence for five decades, Sakagami doesn’t envision himself being another version of Yoshiki, nor does he plan to change his public image as an outspoken critic on social and political issues.

“To some extent, this is a good thing. We’re stopping and reflecting. I’ve never had so much time and space for self-reflection. Life will undoubtedly go back to normal, but maybe some of the things we’re doing now, we should keep doing,” Sakagami said.

“It’s not that Japanese people aren’t charitable or compassionate. They’re generally private and reserved. I believe that deep inside, they all have the desire to help others in need,” he said.

“I’m hoping this national crisis uncovers the hidden character of our people. Please be brave and take that one small, teeny, tiny step, like I did. Those little things lead us to bigger things.”