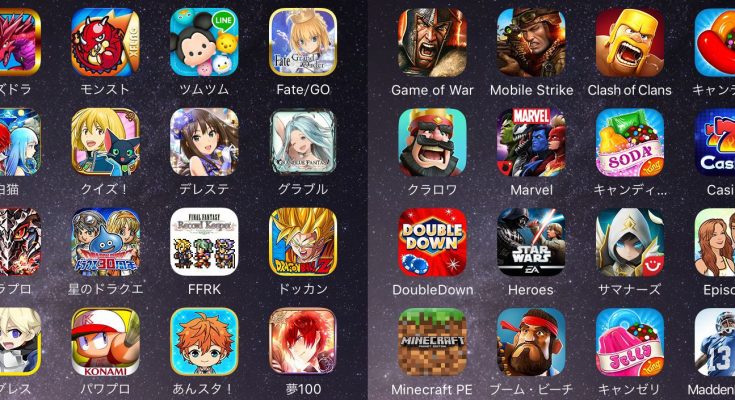 “Kawaii” is a word you’ll hear from young Japanese girls all too often. It can be roughly translated as ‘cute’ – but times ten or even a hundred. Japanese female youth culture can not be described without it. Anything can be kawaii, ranging from pets to behaviors to boys. So it’s no surprise that we can also find kawaii mobile apps in Japan. Here are just a few of the popular ones.

Fril is a fancy online flea market for female students in high school or college. Within a month of its release, the app was downloaded over 5,000 times and the number of items sold exceeded 10,000. Since most of the users are students, the average price of items is pretty low, at around 2,000 to 3,000 yen (or $22 to $34). Surprisingly Fril is an all-guy team and a graduate startup from Tokyo-based Open Network Lab incubator. Over 100 interviews with their target users have paid off, because Fril is definitely one of the most well-designed app for girls. It is currently available for iOS  and Android if you’d like to give it a try.

Snapeee is a purikura app, which means it lets you take photo booth style pictures with many decorative features. Released in May of 2011, the app has attracted users not just in Japan but all across Asia, including Hong Kong, Taiwan, and Macao. People in other parts of Asia really like “kawaii” things too, and half a year after its release, the app has been downloaded over 800,000 times with half of those from overseas. Snapeee adds decorative stamps, brushes, and frames to the app everyday. Decorated photos can be shared on different social network such as Facebook, Twitter, mixi, GREE, Ameba, Renren, and Sina Weibo. The application is available for both iOS and Android.

A product of Community Factory Inc, Decopic is another popular purikura app and is a competitor of the afore-mentioned Snapeee. It was recently announced that it had reached the lofty milestone of 12 million downloads, which is certainly an impressive mark for any mobile app. The company was bought by Yahoo Japan in September of last year, for an estimated price of one billion yen (about $11 million) [1]. Yahoo Japan was eager to get into mobile, and successfully obtained Decopic’s eight million users.

The app can be distinguished by its unique user interface, as it is not designed like a typical smartphone app. It’s more like the purikura machines to which its target users are accustomed. It’s available for both iOS and Android.

iQon is a fashion community that allows users to create magazine-like collages of fashion styles, sort of the Japanese equivalent to Polyvore. iQon was originally a web service only, but it released an iPhone app in February of last year. With over one million visitors as of March, 2012, the number of collages posted on the service has increased by a factor of twenty. The main users are in their twenties, and they access the app nine times a day on average. It’s available for both iOS and Android.

The tweets and posts originating from within this app at one point practically filled my entire Twitter stream. Nameco is a game that requires users to grow and harvest mushrooms, and it has been downloaded over 13,000,000 times as of June, 2012, with a 4.5 star rating on the iTunes app store. The huge popularity of Nameco is due to its uber-cute mushroom character. There are over one hundred types of physical merchandise items for the character, and that certainly puts it in a lucrative space as we have seen from Rovio with Angry Birds. It has even managed to collaborate with Sanrio’s Hello Kitty. The app is currently available for both iOS and Android.

There are so many of these apps that it’s impossible to cover them all in just one article. But if you’re looking to reach Japanese or Asian girls in their twenties, these apps are certainly a good model to follow.

This is part of our cute Japanese apps series (RSS), examining a trend of ‘kawaii’ success stories emerging from Japan’s mobile space.