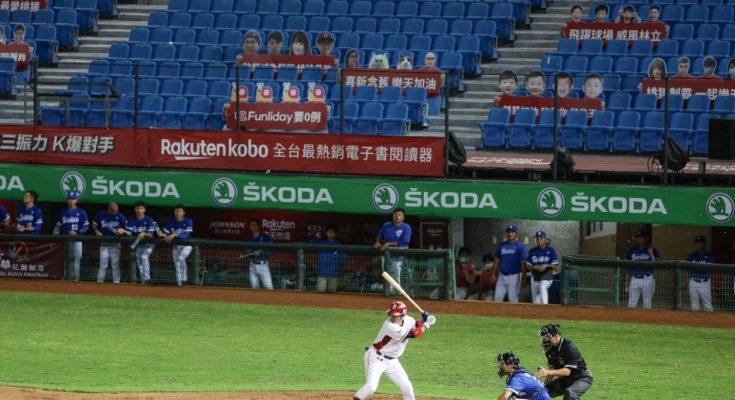 As coronavirus cases dwindle, Taiwanese baseball fans were allowed back into stadiums on Friday evening, although with a cap on numbers.

Taiwan’s Central Epidemic Command Center agreed on Wednesday that starting Friday, the Chinese Professional Baseball League was allowed to admit up to 1,000 fans per game. The four-team league has played in empty stadiums since the beginning of the season on April 12.(Sign states that thanks to all the members who contribute to defense of COVID-19 at the Xinzhuang Baseball Stadium on May 08, 2020 in New Taipei City, Taiwan.)[Getty/Kyodo]

“It is proof that the quarantine was successful, and I am honored as a Taiwanese. Let’s work together to achieve a successful response around the world to this epidemic,” Fubon Guardians manager Hong I-chung, said.

“If all goes well, we’ll gradually increase it to 2,000 to 2,500 per game,” Minister of Health and Welfare Chen Shih-chung told Kyodo News.

The CPBL was the first professional baseball league in the world to start the 2020 season amid the coronavirus pandemic.

Priority ticket access for the games was given to season ticket holders and club members.

Spectators were required to follow stringent measures in compliance with the health ministry’s recommendations for mass gatherings of more than 500 people outdoors.

Fans were required to have their temperature checked at the gate, wear a face mask at all times, and practice social distancing at the games.

Testing is not required for players, but if there is one confirmed case in the league, the entire season will be put on hold. Players have been advised to cut down on taking holidays or going on outings.

Taiwan’s baseball league, which had been filling stands with robot mannequins and cardboard cut-outs so far this season, has attracted attention as organized sports worldwide cancel or delay competition.

Major League Baseball in the United States canceled its spring training and postponed the start of the season. Japan’s Nippon Professional Baseball first pushed the March 20 season opener to April 10, then April 24, and now NPB has no target date.