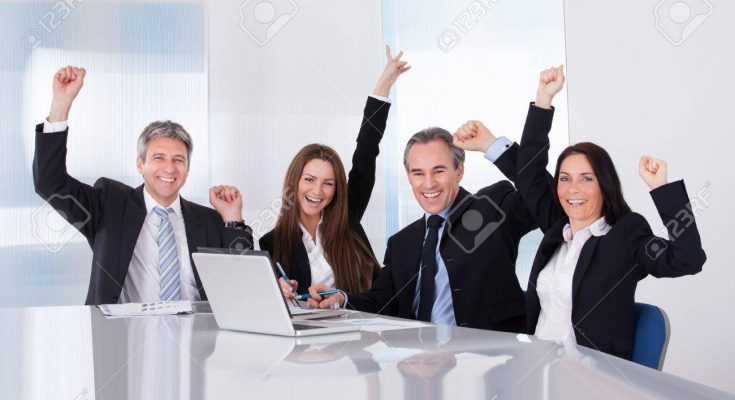 These days, if you’re a leader of any type, you can’t simply order people around and expect them to do what you want. They may follow your directions, if you are watching, but once they’re left on their own they’ll go back to doing what they think is important.

Leaders today, more than ever before, have to win people’s cooperation. And there are two main ways of doing so: motivation and inspiration. Although the two words are often used interchangeably, they actually mean quite different things – depending on what you want to achieve.

When coaches give their teams a pep talk during halftime, they are using motivation. They want their players to charge back onto the field or the court with renewed energy and focus, even though they may be too tired or disheartened to try. Their reward? Victory.

Here are 4 steps to motivate your people:

Tell people exactly what you want them to do.

Motivation is all about getting people to take action, so don’t be vague. Avoid generalities like, “I want everyone to do their best.” Say, instead, “I need you to come in over the weekend so we can get this project done on time.”

1. Limit the amount of time or effort that you’re asking for.

It’s easier to ask people to work late work one night or even every night for a week than to expect them to work late indefinitely. Set an end date.

Leaders don’t ask people to do what they themselves aren’t willing to do. Don’t tell your people to work over the weekend if you’ve got plans for a spa day. Roll up your sleeves and share the load.

3. Appeal to their emotions.

Fear focuses people’s attention and can be an effective motivator. (“If we don’t get this done right now, we’ll all lose our jobs.”) But if you keep resorting to fear, you’ll end up de-motivating people. People are also motivated by-and prefer to be motivated by-positive emotions like excitement, pride, a sense of belonging, and the thrill of achievement.

4. Give people multiple reasons for doing what you want them to do.

You can give your own reason or the organization’s reason for requesting the action. “If we don’t get this project completed on schedule, we’ll lose the contract.” But the best reason of all is always personal. It would be nice if you could give your people extra days off or even a bonus. Or, you may talk about something as intangible as the camaraderie that comes from having achieved something important together. But things being what they are these days, the best you may be able to offer is the hope that no one will lose a job.

Inspiration, on the other hand, involves changing the way people think and feel about themselves so that they want to take positive actions. It taps into people’s values and desires.

Commencement speakers – the best ones, at least – inspire their audiences. They talk about the challenges the graduates will face, either personally or collectively, and the possibilities of making a difference. Inspiration appeals to the best aspirations of people, and its underlying, often unspoken message is “You can become what you want to be.” No reward is promised, other than the reward that comes from within: the sense of personal satisfaction.

As a leader, anytime you talk about values, about identity (either the corporate identity or each person’s identity), and about long-term goals, your intent – whether you know it or not – is to inspire.

Use these 5 steps too inspire your people:

1. Be the change you want to inspire.

Your reputation, your character, your behavior will inspire people more than anything else. The only way to call the best out of others is to expect the best from yourself.

Stories don’t tell people what to do. They engage people’s imaginations and emotions. They show people what they’re capable of becoming or of doing.

Ask them to act in a way that is consistent with the values they themselves profess.

When you’re inspiring people, you’re not telling them exactly what to do or giving them precise directions. You’re empowering them to be their best, trusting that they will then do the right thing. And the right thing they do may not be what you were expecting; it may be something beyond your wildest expectations.

People aren’t inspired by doing the ordinary or by meeting expectations. They’re inspired by the exertion, creativity, and sacrifice needed to exceed what they themselves thought possible.

Motivation and inspiration are not the sole province of professional speakers and preachers. They’re tools leaders use all the time – in one-on-one conversations, in meetings and in formal presentations – to bring out the best in their people. It’s just a matter of knowing the right time and the right situation.

When there’s an immediate, short-term and specific goal that you want your people to achieve, you need to motivate them. When you want to shape people’s identity and their long-term aspirations and commitments, you need to inspire them.

Antoine de Saint-Exupéry, the French aviator and author of “The Little Prince”, wrote, “If you want to build a ship, don’t drum up the men to gather wood, divide the work and give orders. Instead, teach them to yearn for the vast and endless sea.” Sometimes you need to do both. You need to enlist and organize people to do a specific task-to build a ship according to specs, on time and on budget-and sometimes you need to activate people’s desires and stand aside. Who knows, you may be surprised by what they do.