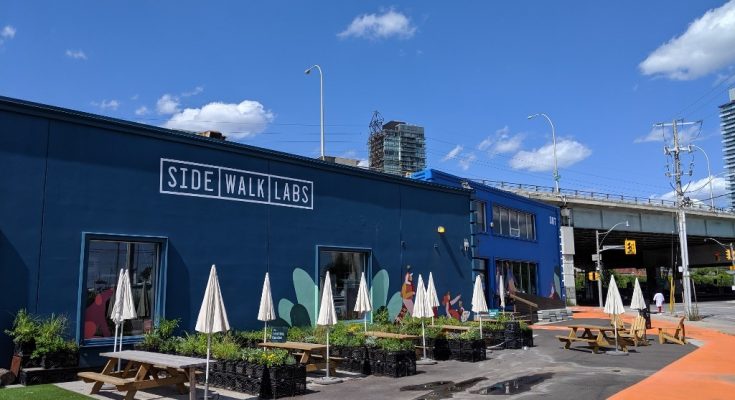 OTTAWA – A Google affiliate has abandoned plans to build a futuristic neighbourhood on Toronto’s lakefront that was to include robots for delivering mail and collecting garbage, citing economic uncertainty.

Sidewalk Labs, a subsidiary of Google’s parent Alphabet, had proposed building a carbon-neutral community “from the internet up,” where tall buildings would be made of timber and technology would be geared to catering to every aspect of modern living.

A provisional green light to build on the 12-acre site was granted in October 2019. A final say was expected later this month.

But Sidewalk Labs CEO Dan Doctoroff said in a statement that “as unprecedented economic uncertainty has set in around the world and in the Toronto real estate market, it has become too difficult to make the 12-acre project financially viable without sacrificing core parts of the plan.”

“And so, after a great deal of deliberation, we concluded that it no longer made sense to proceed with the Quayside project,” he said.

Conceptual innovations and design work on the project launched in 2017, however, still “represent a meaningful contribution to the work of tackling big urban problems,” Doctoroff said.

“While we won’t be pursuing this particular project, the current health emergency makes us feel even more strongly about the importance of reimagining cities for the future.”

Sidewalk Labs had envisioned heated sidewalks and bike paths that melt snow in winter, street-side parking that could be pre-booked, and underground robots that distribute parcels and manage waste.

Sensors would also have measured pedestrians’ gait, water consumption and trash production — all in hopes of better understanding and adapting to the dynamics of urban life.

Proponents including Prime Minister Justin Trudeau had heralded the opportunity to create an innovation hub where tens of thousands of people would live and work in Canada’s largest metropolis.

But, in an era of global concern over data protection, the blueprint also faced a flurry of criticism over the potential for lost privacy and data misuse, as well as over the privatization of public services.