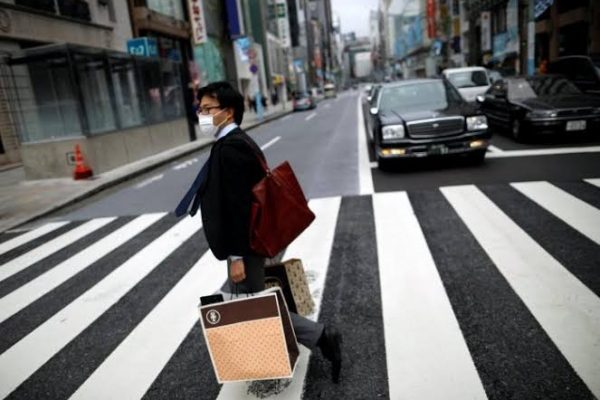 KYODO – Major stations in Tokyo and its vicinity remained quiet Thursday, with a limited number of people commuting on the first workday after the long Golden Week holiday amid the extended state of emergency.

People showed an understanding of the government’s decision Monday to extend the state of emergency to the end of the month from the originally scheduled expiration date on Wednesday. But many said they are stressed by the restrictions put in place as a result of the initial declaration on April 7.

“There was no choice but to extend” the state of emergency, Osamu Tomura, a 58-year-old bank employee, said, adding that he wants the government to set steps toward lifting the measures.

“I want (the government) to set thorough measures so that efforts by people complying (with the government request) are rewarded,” he said.

Under the extended state of emergency, the government has basically continued to ask people to stay at home and avoid nonessential outings.