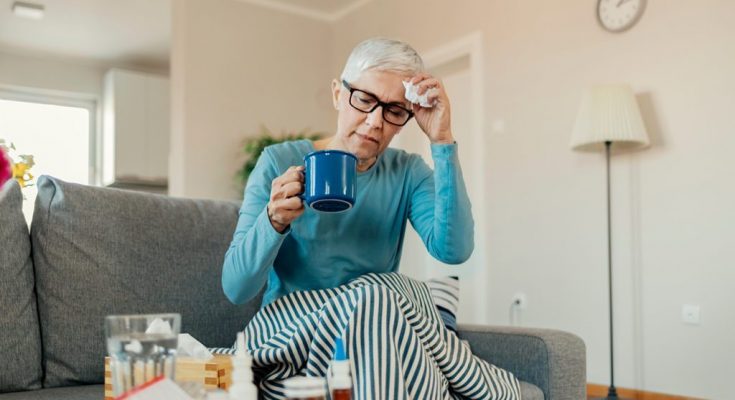 One week. That’s about the time between when someone dies and when they have been confirmed as having been infected with the new coronavirus.

Among the notable points in an analysis of deaths in Tokyo and Osaka Prefecture is the speed at which patients worsen after showing symptoms of COVID-19, the disease caused by the novel coronavirus.

Along with discovering the virus within a person as quickly as possible to help lessen the risk of symptoms worsening, it is crucial to offer a system in which those with severe symptoms can receive proper medical care.

“I never thought something like this would happen,” said comedian Ken Shimura’s older brother, 73, as the media gathered in front of his home in Higashi-Murayama, Tokyo, on March 30. A day earlier, the 70-year-old comedian had died from pneumonia caused by the coronavirus.

Shimura was examined at a hospital on March 20. He tested positive for the virus on March 23 and died just six days later.

“I want everyone to understand just how terrifying getting infected can be,” the comedian’s brother said.

A Yomiuri Shimbun analysis of the COVID-19 deaths of 100 people in Tokyo and Osaka showed 50 people died within seven days of being confirmed with the coronavirus, with 26 of these dying within three days.

“One of the characteristics of this virus is that once a patient develops severe symptoms, they tend to die very quickly,” said Hiroyuki Kunishima from St. Marianna University School of Medicine, who is well-versed in infectious diseases. “While the risk of severe symptoms is present for the elderly and those with preexisting health conditions, it has been confirmed throughout the nation that younger people are dying as well.

“We don’t actually know what kind of people are easily susceptible to more severe symptoms,” he added. “Further clarification is needed.”

The percentage of deaths among those confirmed to be infected in Tokyo and Osaka is 3%, but for those 70 or older nearly one out of every eight of them die, or 12.2%.

Tokyo is particularly seeing clusters of confirmed infections emerge at medical institutions and nursing homes, leading to a heavy loss of lives among the elderly. At Eiju General Hospital in Taito Ward, Tokyo, it found its first confirmed case of infection at the end of March, but now has seen 210 cases of patients and doctors being infected and 37 deaths. Nakano Egota Hospital in Nakano Ward, Tokyo, has confirmed 97 cases of infections and 11 deaths.

“There are quite a lot of elderly [cases],” said a representative from the Bureau of Social Welfare and Public Health of the Tokyo metropolitan government. “Elderly people are seen as being more likely to develop severe symptoms compared to younger people. I hope the elderly will take especial care.”

There have been cases where it is discovered after a person’s death that that person had been infected with the virus.

A man in his 50s was found dead in his room at his company’s dormitory in Setagaya Ward, Tokyo, on April 11. He took a PCR (polymerase chain reaction) test to determine whether he had the virus two days prior, but the results were not available until after he died.

The man, who had a sudden fever, had been trying since April 3 to reach a hotline at a health consultation center for people who think they might have the virus but could not get through, according to the ward and other sources. His family doctor also called the health consultation center and managed to get a test for the man on April 9. However, his condition suddenly worsened. Because of his work, the man lived away from his family and no one noticed anything was wrong.

There have been at least four people in Tokyo and Osaka who were discovered to have had the virus after the day of their death, the analysis found. Nine people died the same day it was confirmed that they had been infected with the coronavirus.

PCR testing is getting faster and many places across the country now have drive-up testing to help speed up the confirmation of infections.

Many experts are calling for more testing. Former World Health Organization Regional Director of the Western Pacific Region Shigeru Omi called for faster testing kits at a press conference on May 1 following a meeting of experts organized by the government.