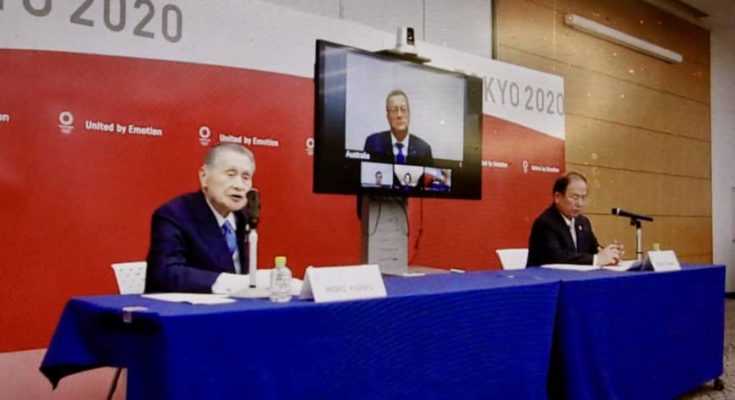 The organizing committee of the Tokyo Olympics and Paralympics and the International Olympic Committee Coordination Commission on Thursday mapped out the framework for the 2020 Games, which have been postponed to the summer of 2021.

The two parties held an Executive Project Review meeting via teleconference to discuss what needs to be done leading up to the games, which were forced to move to next summer due to the COVID-19 outbreak.

The organizing committee and coordination commission agreed on a framework, which is focused on using the venues that were part of the original plan for 2020 and sticking to the same competition schedule.

The two groups also agreed work hard to reduce the additional costs caused by the delay.

The coordination commission and local organizers will have formed two task forces, named “Here We Go” and “New Launch,” respectively, to handle the task of carrying out framework of the unprecedented postponement.

The amount of additional money needed because of the delay is one of the biggest concerns for each body, especially now that a worldwide economic recession is expected during and after the coronavirus pandemic. Neither side went into specifics during their joint online session with the media Thursday, saying only they would have to assess what can be considered a “must-have” for the games and what can be left out if necessary.

Coates hinted that live-event venues that are set up for viewings and hospitality areas for sponsors are things that might not be considered “must-haves.”

Toshiro Muto, the organizing committee CEO, shared the same sentiment about unnecessary costs. He said that the hosts might have to downgrade the service levels and redirect those financial resources to things necessary for running the games.

As agreed upon in the Executive Project Review, details regarding the planning for the Summer Games will be examined this month and a new roadmap for the event is expected to be revealed next month.

“It would be a major achievement for us to accomplish things that took five to six years of preparation in one year,” Mori said. “We have now included measures in our joint statement to optimize the games. We recognize that the additional costs for the games are a potential issue.”

According to the organizing committee, the hosts will soon be speaking to the owners of the various venus about leasing their properties for the games in 2021. The organizers and coordination committee also agreed to draft measures pertaining to the coronavirus as well.