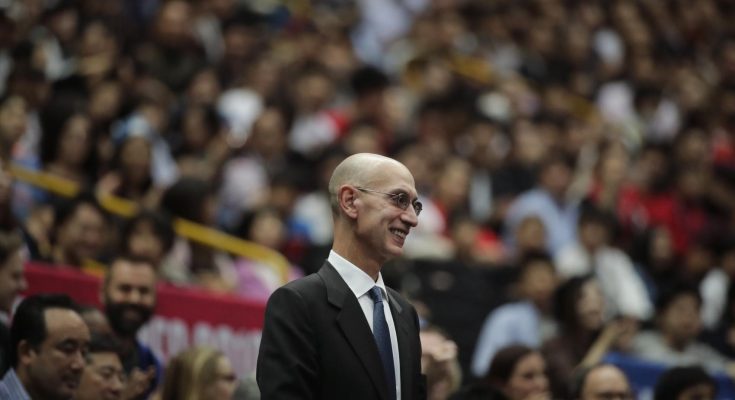 MIAMI – A person with knowledge of the situation says NBA players will be allowed to return to team training facilities starting Friday, provided that their local governments do not have a stay-at-home order prohibiting such movement.

Any workouts that take place would be voluntary and individual sessions only, according to the person who spoke to The Associated Press on condition of anonymity because the directives from the league were not released publicly.

Group practices would not be allowed yet, and teams will not yet be permitted to organize in-person workouts.

The NBA’s move is not a sign that a return to play is imminent. NBA Commissioner Adam Silver has said on several occasions that the league does not anticipate being able to decide until sometime in May — at the earliest — if a resumption of the season is possible.

The NBA suspended the season on March 11. It ordered teams to shutter their practice facilities on March 19, saying at the time it was doing so “in light of the rapidly-developing coronavirus situation, and consistent with evolving advice from health experts regarding how to promote individual and public health while minimizing the spread of the virus.”

But as certain states and municipalities began loosening restrictions on personal movement — Georgia and Oklahoma have allowed certain businesses to re-open, and some cities in Florida are likely to follow suit soon — the NBA decided it was time to let players return to their practice courts, if only on a limited basis.

For those teams in cities where stay-at-home orders still make such a return impossible, the NBA said it would work to find “alternative arrangements,” the person with knowledge of the matter said.