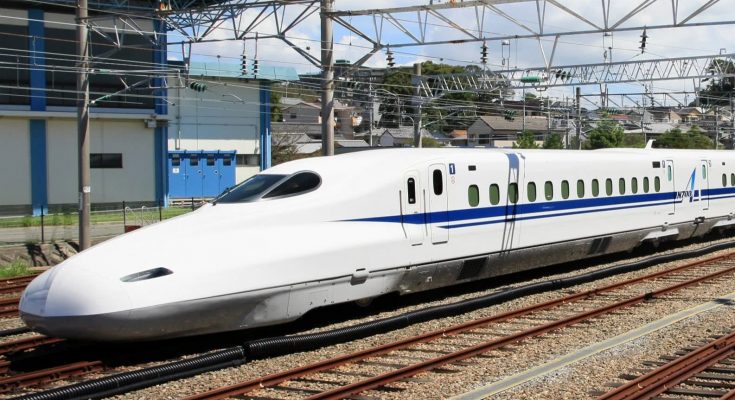 TOKYO — The number of passengers riding bullet trains on the Tokaido Shinkansen Line between April 1 and 15 has seen a decrease to just 15% of total passengers recorded in the same period of the previous year, announced Central Japan Railway Co. (JR Central) President Shin Kaneko at a regular press conference on April 16.

JR Central also revealed that part of “Nozomi” bullet train services will be suspended from April 24, leading to a reduction in all services by 20%.

According to tallies by JR Central, the number of passengers using bullet trains on the Tokaido Shinkansen Line between April 1 and April 7 was 20% of the total recorded during the same period of the previous year. For the period between April 8 and April 15, which came after a state of emergency was declared on April 7, the number of passengers dropped to 10% of the same period from the previous year. When looking at individual types of train services, “Nozomi” dropped to 14%, “Hikari” to 11%, and “Kodama” to 21% of the same period in 2019.

JR Central has announced that all special service bullet trains on the Tokaido Shinkansen Line will be suspended from April 24. Such trains, all of which are Nozomi type bullet trains, usually operate during the evening peak hours and extended holidays. Their operations will be suspended in order to reduce infection risks for the train crew.

The number of trains operating from April 24 will be reduced by 20% to about 300 per day. Around 300 crew members, which account for 20% of bullet train staff, will work from home. “We will ensure stable transportation by preparing for cases where certain crew members cannot show up to work,” commented President Kaneko.

Regarding the impact of the novel coronavirus outbreak on the high-speed maglev Chuo Shinkansen Line set to debut in 2027, Kaneko said, “Although our schedule may be delayed a bit, we do not think that the opening date or date of completion will be immediately affected.”